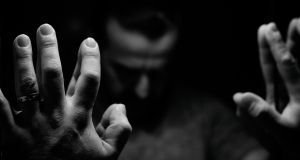 “One of the things that causes that deep-rooted shame is this societal idea that men are more able to defend themselves.” Photograph: iStock

“I don’t think it’s ever easy to come forward to speak about rape, but I think there is an added layer of shame when it’s attached to men,” says Anne-Marie Honan of the Dublin Rape Crisis Centre.

One-quarter of the calls to the centre last year came from male victims of sexual assault, according to the organisation’s 2016 annual report.

The report notes that it is important to include profiles of men and women who have been the victims of sexual abuse and sexual assaults in an attempt to break down perceptions that rape just happens to women.

Honan, who has worked as a therapist and counsellor at the centre for the past 20 years, says “shame” and “fear” are two of the biggest factors that prevent men from reporting and talking about sexual abuse and rape.

“There are many myths around rape and sexual assault,” says Honan.

“One of these myths is that men don’t get raped. I think one of the things that causes that deep-rooted shame is this societal idea that men are stronger and that men are more able to defend themselves.

Addressing the issue of why it can be so difficult for a rape victim to seek help, therapists at the DRCC note that both men and women who are raped experience blaming of the victim by elements in society.

Men also blame themselves for their psychological suffering after the rape, because they believe they should be strong enough to handle it.

Therapists at the centre also say there is a layer of “vulnerability” attached to online dating and chat, which they are concerned about.

“People are meeting up with people that they haven’t known previously or been introduced to,” says Honan. “I think there can be an added element of risk there.

“There was a case recently where a very vulnerable young male between the age of 16 and 18 presented to the [centre]. He had gone to meet a group of people [men] who had presented themselves very innocently online and it turned out not to be the case. He would have been targeted but he didn’t realise this.”

She adds that, while there is nothing wrong with using apps such as Tinder or Grindr, people do need to be more informed of the dangers.

“Our issue here is that there is too little education for our young people around their sexuality and how to keep them safe,” she says. “There is definitely a danger that younger people can be targeted online when it comes to online dating applications.”