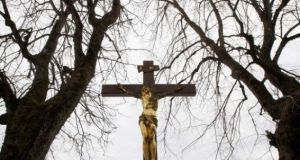 Caranua told survivors who may be eligible for funding that they must return application forms by August 1st to ensure that they can be processed.

Survivors of institutional child abuse have been told that the State organisation Caranua tasked with supporting their health, housing and other needs is to start winding down from August 1st.

In an email sent to survivor support groups on Thursday, Caranua cited financial reasons for its decision.

The organisation, established in 2012 to manage € 110 million pledged by congregations to enhance survivors’ lives, has been at the centre of controversy since March 2017 when chief executive, Mary Higgins, said some survivors “would never be happy”.

In its email, Caranua told survivors who may be eligible for funding that they must return application forms by August 1st to ensure that they can be processed.

Caranua said the decision was made taking into account a review by the Department of Education, expenditure to date, and the estimation of future possible expenditure of “the limited fund provided to Caranua to support survivors”.

The total Caranua fund is limited to €110 million. Of the €80 million already spent, more than €8 million has been gone to administration costs.

Caranua said there were more than 2,000 survivors with applications currently being processed and a large portion of the remaining fund will be spent over the course of these applications.

The Residential Institutional Survivors Network (RISN), which is a support group run by survivors, has said is it “angered” at the news.

William Gorry of RISN said no notice had been given to survivors and a significant numbers of survivors had yet to make applications to the fund.

Mr Gorry, from Moate, Co Westmeath and his siblings were taken into care after their mother left the family.

He was placed with the Sisters of Mercy at Aghanargit school in Moate, and in various “foster” homes during holidays. He was beaten and sexually abused through his childhood.

He said today’s news was “re-traumatising” for survivors of abuse and those who are dependent on the funding.

“We are completely taken aback that this is being wound down in just two months. Some of the most vulnerable people in society depend on this fund and there are many other survivors of institutional abuse who are entitled to this money who have yet to come forward,” he said.

“An elderly lady who was a victim of abuse rang me earlier in a very distressed state about the news as she can’t afford a cooker and is going hungry. I hope she can still get some funding but everything seems up in the air at the minute. The treatment of survivors is an absolute disgrace,” he said.

In a statement earlier, following a recent review of its operations, the chairman of the board of Caranua David O’Callaghan said: “We must work to ensure the remainder of the Fund provided to Caranua supports survivors in the most equitable way possible.

Mr O’Callaghan also asked survivor support groups reach out to survivors who have yet to apply to the fund.