Abortion referendum will see no policing of social media 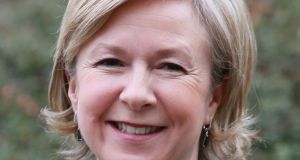 Neither the Referendum Commission nor the Standards in Public Office Commission will have a role overseeing social media campaigning or advertising in the abortion referendum, both bodies have said.

Judge Isobel Kennedy, the chair of the Referendum Commission – the statutory body set up to inform voters about the referendum proposal – has said that the commission has no power to play a role policing the campaign, while the Standards in Public Offices Commission (Sipo) has said it has no supervisory role in referendums.

Amid mounting concerns internationally about the impact that misleading or fake news and clandestine social media campaigning has on elections and referendums, politicians and campaigners on both sides of the abortion debate have raised questions about social media advertising and foreign funding of the campaign.

Today Ms Justice Kennedy, in an article for The Irish Times, confirmed that the Referendum Commission does not have “any role in the regulation or oversight of campaign funding, spending or advertising. We have already received some queries asking us for our view on how Facebook and other social media platforms may be used by the various campaigns,” she writes. “We have no role in this regard.”

She said the commission’s role will be to “provide facts in an unbiased way. We have no role in giving the arguments on both sides of the debate. We do not sit in judgment on what each side in the campaign says. We give a neutral and accurate explanation of the referendum proposal: We don’t give a critique of the campaigns.”

This contradicts the expectation of some senior Government figures who believe the commission will issue clarifications if necessary about claims made by campaigning groups.

One Minister who supports repeal of the Eighth Amendment said there was an expectation in Government that the referendum Commission might issue a clarification on the issue of abortions in the case of Down syndrome if that became a campaign issue.

Yesterday in answer to queries, a spokesman for the Standards in Public Office Commission – the State’s political and ethics watchdog – said the commission “does not have a supervisory role in relation to expenditure at referendums”.

However, it has rules about donations made to campaigning groups “for political purposes”.

Senior Government sources acknowledge the lack of regulation of the social media campaign, but said that mirrored the situation offline. However, one source added, there was real concern about misleading claims – ie “fake news” – being spread by automated social media accounts, or “bots”.

The campaign said that it would canvass 600,000 homes by the end of May.

Elsewhere in Dublin a group of serving and retired politicians held a cross-party event to highlight the political consensus for repeal.