15,000 outpatients to be impacted by nurses’ strike, HSE says 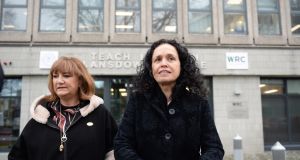 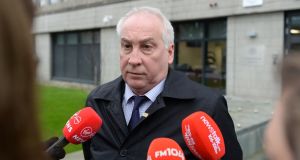 About 15,000 people will have hospital out-patient appointments scheduled for next Wednesday cancelled as a result of the planned nurses’ strike, the HSE has said.

HSE national director of acute hospitals Liam Woods also said that in addition there would be no elective surgery carried out due to the work stoppage by nearly 40,000 nurses across the country.

Talks at the Workplace Relations Commission between nursing unions and public service management aimed at averting the planned strikes adjourned on Thursday night without any breakthrough.The talks will resume on Friday afternoon.

Sources said much of the engagement on Thursday was between WRC officials and public service management.

In the meantime The Irish Nurses and Midwives Organisation (INMO )and the Psychiatric Nurses Association (PNA) said they were continuing their preparations for industrial action to commence next week.

In the HSE’s first official comment on the impact of the dispute Mr Woods said “clearly out-patient ( clinics) won’t run next Wednesday on the basis the strike proceeds”.

“Outpatients are estimated at about 15,000 people in a day so it’s the biggest single number impacted,” he said.

“There will also be no elective surgery. Except, if there is risk to life or any urgent care, we would seek derogations for that.”

While INMO members are to stage a 24-hour strike on Wednesday as part of a campaign for improved pay to tackle recruitment and retention difficulties, psychiatric nurses will put in place on overtime ban on Thursday before escalating their action to work stoppages towards the middle of February.

PNA general secretary Peter Hughes said the HSE spent €1million per week on nursing staff from outside agencies for psychiatric services and a further €300,000 on overtime.

INMO general secretary Phil Ní Sheaghdha said community services as well as hospitals would be affected by the work stoppage on Wednesday.

She also said community nursing units would not operate as normal during the first day of the strike but would be involved in subsequent stoppages.

Mr Hughes said the PNA had given a list to the HSE of the areas where the overtime ban would apply.

“If there are not sufficient staff to take over a unit, then our members will not be taking over those units,” he said.

Ms Ní Sheaghdha said the union had had a lot of discussion internally since the first round of talks at the WRC on Wednesday and that its position had not changed.

1 Coronavirus: No new Covid-19 deaths reported in State for first time since March
2 Tributes paid to Ireland’s deputy ambassador to China who died on Sunday
3 Coronavirus: What will reopen in Ireland’s phases to ease restrictions and what are the dates?
4 WHO warns of potential for ‘immediate second peak’ in Covid-19
5 Unconvincing account may take some heat out of Dominic Cummings controversy
Real news has value SUBSCRIBE