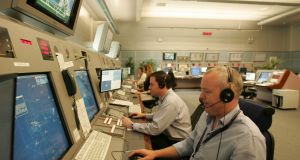 Critical thinking is the ability to objectively analyse and evaluate issues to form a judgement and our educational system is often criticised by business leaders for failing to turn out graduates proficient in critical thinking.

Unfortunately it is not possible to successfully teach such generic critical thinking, as powerfully explained by Carl Hendrick, head of learning and research at Wellington College, Berkshire in an article in aeon.

Critical thinking, in the ordinary everyday meaning of the term, means little more than using the elementary rules of logic, demanding to see the evidence underpinning large claims, not confusing correlation with causation, and so on. Such critical thinking is, of course, essential to intelligently approaching any issue.

But critical thinking in the specific sense I am using the term here refers to a general thinking technique capable of critically and powerfully analysing any issue that might arise. Alas, such a general technique does not exist and therefore cannot be taught. We can only think critically in this specific sense in an area in which we have already acquired considerable knowledge and expertise.

Hendrick describes experiments carried out in the 1960s on air-traffic controllers. These workers have a very high cognitive ability called situational awareness that involves “the continuous extraction of environmental information and integration of this information with prior knowledge to form a coherent picture”.

They must hold huge amounts of information in mind and must often make very difficult decisions quickly and under great pressure. Psychologists tested air-traffic controllers outside of their work using memory-based tasks with shapes and colours.

Surprisingly and remarkably, the air-traffic controllers performed no better than anyone else – their extraordinary cognitive abilities in their own field do not extend beyond their professional area.

To be good in any professional field you must know a lot about the area but it is very difficult to transfer your skills to another area. This non-translatibility of cognitive skills is very familiar to psychologists, eg the ability to memorise long strings of digits does not transfer to the ability to remember long strings of letters.

All that being said, we know that critical thinking is an essential part of a student’s mental ability, but we must acknowledge that this critical thinking cannot be divorced from context – it is not a general tool-kit that can be universally applied.

Hendrick quotes American educationalist Daniel Willingham : “If you remind a student to look at an issue from multiple perspectives, he will learn that he ought to do so, but if he doesn’t know much about the issue he can’t think about it from multiple perspectives...There is not a set of critical thinking skills that can be acquired and deployed regardless of context”.

For example a science student, in addition to knowing the basic elements of his/her specific subject (eg chemistry) should also be familiar with the history and philosophy of science and the ethics of the scientific enterprise, know how to design scientific studies to ensure they have sufficient statistical power, know how to frame scientific hypotheses, and so on.

Critical thinking is the most prominent example of a suite of “21st century learning skills” that claim to equip students with general problem solving approaches that can be applied to any given area. However Hendrick is scathing in his criticism of any such techniques that detach cognitive ideals from contextual knowledge, eg brain-training games.

In summary, there are no shortcuts to high achievement. You can only become a critical thinker in areas where you have deep knowledge. Hendrick advises educationalists who enthuse over courses that purport to teach generic critical thinking skills to themselves apply some critical thinking to the question of whether such skills can be taught at all.