Fundamental research about in-utero gymnastics, bone health and ‘how water works’ are being explored by three Irish scientists with the help of European funding 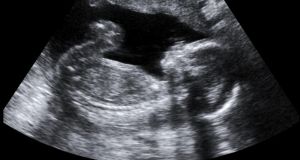 “We know that the baby does need to move a certain amount for healthy skeletal development but what we don’t know is how much movement is needed,” says Dr Niamh Nowlan

When a baby in the womb kicks, those flutters, rolls and even big hoofs in the belly can be reassuring and fun for the parents. But is there more to it? Are those developing limbs getting a workout to develop healthily?

Those in-utero gymnastics appear to be important for the baby’s developing skeleton, explains Dr Niamh Nowlan, who is looking at how the mechanical forces of those prenatal movements affect the joints.

“In very severe cases where the baby has a neuromuscular disorder and doesn’t move at all, that can have a really big effect on the bones and on the joints,” she says. “Also, if there is reduced fluid in the womb or the baby is in a breech position and can’t move about as much, there’s a higher risk of developing hip dysplasia, or ‘clicky hip’. So we know that the baby does need to move a certain amount for healthy skeletal development, but what we don’t know is how much movement is needed.”

Dr Nowlan is one of three Irish researchers who have been just announced as recipients of prestigious European Research Council “starting” grants. Such five-year grants, which are awarded to individuals to pursue fundamental research, can be worth up to €2 million each.

Dr Nowlan, who is from Rathfarnham, started her studies in mechanobiology in Trinity College Dublin and is now at Imperial College London, where she is looking to get a better handle on the forces that shape growing bones in the womb.

“I am going to be working with a [gene] knockout mouse where the embryos don’t move in the womb at all, which is an extreme case, and I have a particular interest in looking at the hip joints,” she says. “I’ll also be using modelling techniques to figure out what are the important stresses and stimuli makes the joint shape form, whether it be correctly or abnormally.”

And while she is hoping to get more insight on joint development from the lab studies, she also wants to see what’s going on in real time in the human womb. In a separate project, Dr Nowlan is developing wearable technology that a pregnant woman could wear to find out more about the baby’s movements.

“At the moment we can’t track foetal movement over time – we can only see the baby moving when the mum has an ultrasound or MRI,” she says. “So we are designing the device so the mum could wear it over the second half of the pregnancy and we could get a very good idea of how the baby is moving.”

Bone balance
While forming a skeleton is important, keeping it in good balance is key to bone health in adulthood. Your skeleton is far from inert, explains Dr David Hoey at the University of Limerick, whose new European grant is to look into potential new approaches for treating bone imbalances such as osteoporosis.

“Bone is a very dynamic tissue,” he says. “It’s constantly repairing, remodelling and adapting, with bone tissue being resorbed back into the body and new bone forming.”

In osteoporosis that cycle gets out of balance – more resorption and less formation means a net loss of bone over time and an increased risk of fracture.

While some therapies for osteoporosis try to slow down bone resorption, Dr Hoey is looking to the other side of the see-saw: bone formation. And he has his sights on stem cells within bone that react to physical force.

“We know that physical loading promotes bone formation – stem cells in the bone respond to the force by developing into bone-forming cells,” he says. “But we don’t understand how that happens.”

Dr Hoey wants to take a closer look at antenna-like structures on the cells called primary cilia, and particularly how they respond to forces in the lab and in models of osteoporosis.

“My theory is that these cilia or antennae deform under a physical load, and that acts like a switch that triggers the cell into turning into a bone-forming cell,” he says.

After the five years of his grant, he hopes to have pinpointed mechanisms through which the cilia can sense and react to physical force and have started to develop a way of mimicking that response chemically.

“Many people with osteoporosis are not in a position to do lots of physical activity, so ideally we want to identify a potential drug that can ‘trick’ the weakened bone into building up more tissue.”

Water works
When water comes into contact with a surface – such as a water filter or a medical implant – the hydrogen bonding between its atoms can change, and this can affect processes such as fouling of filters and how implants behave in the body.

Water, water everywhere – but do we really know how it works? There’s plenty left to discover about the molecule that keeps us alive on this planet, and Dr Aoife Gowen is taking a close look. An extremely close look.

“Over time you get this accumulation of materials on the surface and this is mediated by water,” explains Dr Gowen, who is a lecturer at Dublin Institute of Technology’s School of Food Science and Environmental Health.

Using chemical imaging she is taking a close look at how water’s hydrogen bonding changes when it contacts various materials. “I am looking at the interactions between polymers, water, proteins, cells – everything that is in the system – and getting a spatially resolved image of how it’s interacting and changing over time.”

For the next five years her close-up work on water will be funded through the European Research Council.

“I want to apply these techniques to several different environmental and biological systems – trying to understand what is going on with these water molecules that are of fundamental importance.”