That’s Maths: The mathematical genius was shot dead in a duel at the age of 20 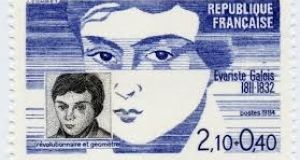 On the morning of May 30th, 1832, a young man stood 25 paces from his friend. Both men fired, but only one pistol was loaded. Évariste Galois, a 20-year-old mathematical genius, fell to the ground. The cause of Galois’s death is veiled in mystery and speculation.

Whether both men loved the same woman or had irreconcilable political differences is unclear. But Galois was abandoned, mortally wounded, on the duelling ground at Gentilly, just south of Paris. By noon the next day he was dead.

In the 17th century, the algebraic approach to geometry proved to be enormously fruitful. When René Descartes developed coordinate geometry, the study of equations and shapes became inextricably interlinked.

Any point in space can be identified by three numbers, for example, longitude, latitude and height. To derive geometric results, these numbers can be manipulated in an algebraic way. Descartes brought about a grand unification of mathematics.

It is interesting that the ubiquitous unknown quantity “x” occurs first in the work of Descartes. The typesetter of his work, La Géométrie, had to choose a letter to represent unknown quantities in equations. When Descartes said it did not much matter, the printer chose the little-used letter x. Thus, x came to mean a quantity that we do not know, that we must find.

At school, Galois fell under the spell of mathematics, neglecting all other subjects. He mastered Legendre’s Elements of Geometry and studied the research works of leading mathematicians of the day. As mathematical writer Mario Livio put it, Galois devoured mathematical articles like a modern youth might consume Harry Potter books.

Galois tried several times to gain admittance to the École Polytechnique. One application was lost by Cauchy, another was misplaced following the death of Fourier, a third prompted Poisson to ask Galois for proofs of the results he had claimed.

At the entrance examination, Galois was questioned on logarithmic series, but refused to answer, saying that the answers were obvious. This cost him a place at the prestigious school. He managed to secure a place at the École Prépatoire (later the École Normale Superieure) but could not hide his scorn for his teachers. He joined a radical group, Société des Amis du Peuple, and became more active politically. This led to his expulsion from the school.

We may recall schooldays solving equations for x. The simplest equations are linear. Next in difficulty are quadratic equations, which involve x multiplied by itself. After quadratics come cubics and quartics, having third and fourth powers of x and with more complicated formulas for the roots. For quintics, equations with fifth powers, no formula has ever been found!

In studying whether algebraic equations could be solved, Galois showed the set of permutations or re-orderings of the roots forms a structure that he called a group. The Galois group is like the DNA of an equation. It measures the symmetry properties of the equation and reveals whether or not it can be solved in radicals, that is, by a simple formula.

A formula for the roots exists only if the permutation group can be broken down into a chain of sub-groups having special properties. But Galois showed that the group for quintic equations cannot be decomposed in this manner, so there is no simple formula.

Galois wrote three letters the night before he was entangled in the game of Russian roulette that led to his death. One of these had further details of the brilliant mathematical theory he had developed. After his tragic death, his brother passed his papers to a leading French mathematician, Joseph Liouville, who edited Galois’s collected works for publication in 1846. Only then did his extraordinary brilliance become apparent to the mathematical world.

Peter Lynch is emeritus professor at UCD School of Mathematics & Statistics, He blogs at: that’smaths.com