‘If the Government put more funds into educating people on recognising and managing these species, money would be saved in the long run’ 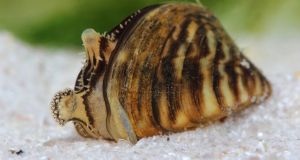 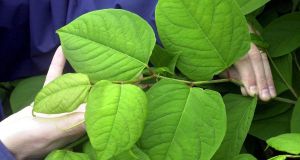 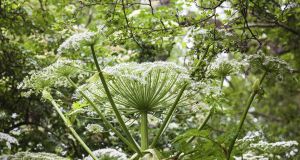 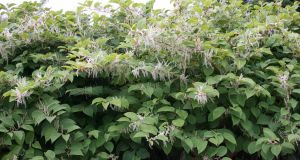 The Japanese knotweed, rhododendron and giant hogweed are fast becoming household names as these pests continue to invade Irish landscapes. These ill-famed plants are just some of many invasive species causing destruction to Ireland’s ecosystems.

An inaugural global register of invasive species recently presented in Scientific Data shows that the Republic of Ireland is currently home to 1,266 non-native species – 63 of which have a negative impact. Ireland was one of 20 countries randomly selected for inclusion in this Global Registry of Introduced and Invasive Species (GRIIS), which will include every country by 2019.

“We focused solely on environmental and economic impacts,” says Shyama Pagad, lead author of the work and member of the IUCN SSC Invasive Species Specialist Group (ISSG). “We think it will help countries with trading partners. When you know your trading partner has listed this invasive species, you can set preventative measures to stop them from entering your country. It forms a basic alert system.”

While the ISSG researchers formed their database through analysing existing publications, they required the assistance of local editors to check and add to it. Invasive species officer at the National Biodiversity Data Centre Colette O’Flynn was recruited as editor for Ireland. The use of universal terminology, in addition to the fact that her team are currently undertaking a similar exercise, meant that editing wasn’t difficult.

“It’s always going to be a dynamic list,” O’Flynn says. “Assessments must be repeated as more animals come in and things we thought were invasive turn out not to be, or at least not as invasive as they appeared.”

Asked what our most harmful invasive species is, she says aquatics like the zebra mussel are particularly problematic. These creatures arrived in Ireland in the 1990s, attached to the hulls of imported leisure boats.

“Zebra mussels change the whole ecology of the lake system. They filter water when feeding; you would think that’s a great thing as they clean out the water but this causes more sunlight to reach the plants on the bottom. Those plants then grow more vigorously and this completely changes the food web in the lake.”

Notorious plants such as Japanese knotweed are also acknowledged by O’Flynn as damaging species, which hold the potential to undermine road and building foundations. However, she feels that recent years have seen a big shift in efforts to deal with invasive species.

“This is driven by a number of things. Finding out more about species through databases like this definitely helps, as does people sending sighting reports to our centre,” she adds. “When we have the data, we can analyse it and use it to inform decision-making.”

The European Regulation of Invasive Alien Species enacted in 2015 involves a dynamic list of 49 invasive species of concern in the EU. Once a species is added, each member state is required to carry out appropriate prevention, early detection and rapid eradication and management measures.

Acknowledging the regulation’s potential, head of the Department of Environmental Science at IT Sligo Dr Frances Lucy says it hasn’t truly been enacted yet in Ireland or other member states. “The reason why [it’s not being followed] is because it’s a very new regulation. The European Commission is still gathering information and there hasn’t been any punitive measures attached to it yet.”

Lucy is a firm believer that citizen science is key to tackling our invasive species and in turn, protecting biodiversity. “Even if we had 1,000 biodiversity officers and a whole legislative system in place, it’s not what is going to save biodiversity in Ireland,” she notes. “Right now, we are in danger of disengaging from nature because we don’t spend as much time outdoors as we used to due to the virtual reality we’re using. Why not use virtual reality to re-engage people?”

She refers to the use of various apps, Twitter and other tools currently being used by the public to report and record various species. For example, the National Biodiversity Data Centre receives 10,000 sighting reports a month through interactive tools.

“The recording of species is one key area where citizens can get involved. The other vital part regards invasive species management, particularly biosecurity. The man on the street needs to know how to manage and prevent their spread,” she says. “This can be done by taking simple precautions every time we engage in outdoor recreational activities; this should be automatic, like putting on your seatbelt.”

If the Government put more funds into educating people on recognising and managing these species, money would be saved in the long run, Lucy points out.

While recognising it’s a concern, campaigns officer at the Irish Wildlife Trust Pádraic Fogarty feels the invasive species issue has “been overblown”.

“A lot of ecologists have taken their eye off the ball. Habitat loss, pollution and biodiversity loss are still our biggest problems in Ireland. Invasive species thrive in habitats that are damaged and degraded,” says Fogarty, who feels these big issues are not being addressed.

“The idea of invasive species is easier to tackle than habitat loss. That’s often more controversial, particularly as agriculture and peat extraction industries can be difficult to deal with.”

There’s an app for that

Meanwhile, the Report Invasive Plants app was developed by Limerick County Council in 2016 specifically in response to invasive plants. It records four species – Japanese knotweed, winter heliotrope, giant hogweed and Himalayan balsam – in addition to having an “other” category.

To date they have received 900 sighting reports from 130 individual users, with Japanese knotweed being the most commonly recorded. Collected data is fed back to the National Biodiversity Data Centre.

“We used cameras and GPS prior to this but it was very time consuming. With just one person doing it, it was never going to work,” explains senior executive engineer with Limerick County Council Anne Goggin. “There are other apps out there to capture invasives but many are complicated. We wanted something quick and simple, aimed at someone who is not a specialist but does have a passing interest.”

Inland Fisheries Ireland also have developed an app to allow for the reporting of invasive species occurring within Irish fresh water.