Locked down but looking up: What is there to see in the sky this May? 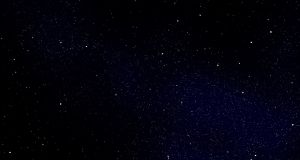 Several lesser-spotted stars and planets should be visible in the skies this May. File image: iStock/Getty

Named for the fleet-footed messenger of the gods, the planet Mercury can be equally tricky to catch during its brief trips out of the sun’s glare. This month though you’ve a great chance to spot it.

It can be picked up in the evening twilight from May 15th onwards. Mercury’s low altitude means any local obstructions can hinder your view though. Given a clear horizon, look for a bright “star” just above the west-northwest skyline on that date at 10pm (summer time).

Things then improve as Mercury gains in height each passing day to close in on Venus – the gap is narrowest on the 22nd before widening again. The crescent moon near the pair on the 24th will greatly aid spotting Mercury. A planetarium app also allows you track the daily aspect. Mercury is roughly 10 degrees up at the end of civil twilight at the last week of May – about the same angle as a clenched fist held at arm’s length. Civil twilight is that period just after sunset or before sunrise when there is still light to do some outdoor occupations.

Nowhere in his notes does he say that. Copernicus made a number of observations of the planet when checking his calculations of its motion but was unable to make continuous sightings during the times in its orbit when Mercury was either too deep in the sun’s glare or unfavourably placed from his location.

Astronomers only finally pinned down Mercury’s orbit when it crossed, or transited, the sun – and that had to wait until the 17th century and the invention of the telescope.

Our first close-up of Mercury was not until 1973/4 when the Mariner 10 probe made three fly-bys. Images returned showed a cratered and airless world rather like our moon. Nasa’s Messenger spacecraft orbited between 2011 and 2015 and ongoing is BepiColombo, a joint European and Japanese mission that reaches Mercury in December 2025 following a circuitous route that involves gravity assists from Earth, Venus, and Mercury itself to slow down its inbound speed and conserve fuel.

Tiny deviations measured in the planet’s predicted position during the 19th century led to one of the more curious episodes in astronomy – the search for an intra-Mercurial planet that scientists even dubbed Vulcan. Einstein’s Theory of General Relativity resolved the issue without the need for a hypothetical world but like that historical wild goose chase, sometimes Mercury itself can be just as elusive.

Venus is a brilliant lamp in the western sky the majority of May but drops a little lower each evening as its angular distance from the sun decreases and our days lengthen. A small telescope shows the planet’s phase becoming more slender during the month in tandem with an increase in its apparent size. Mercury is also an evening sky object from the second half of May.

Mars, Jupiter, and Saturn are all late-hour objects. The former rises after 1am at the end of May in Aquarius, with the moon close on the 15th. Jupiter, in the Sagittarius constellation, and Saturn, in Capricornus, both rise just before midnight by the 31st. Jupiter is the brightest star-like object in this area of the sky and is cream coloured. Saturn shows a more yellowish tint and lies a short distance to the left of Jupiter. The gibbous (more than half-full) moon is near both planets during the early hours of the 12th and 13th.

Our southern sky view in May is into the void. A little below the handle of the Plough is the constellation Coma Berenices where you might spot a smattering of faint stars seemingly spread out into braids.

This is a true stellar association which is relatively old. Marked as Melotte 111 on our chart, low power binoculars enhance your view. The group is close to the Milky Way’s north pole so our gaze in this direction is up and out of the galactic disc into the deeper universe.

Arc downwards from the handle of the Plough and you come to Arcturus, a nearby orange giant star. Its sloping orbit round the galaxy means Arcturus is just passing through our neighbourhood and will recede from view in a half million years.

Arcturus is about 36.6 light years away but back in 1933, it was thought to be a round 40. As a result, astronomers focused the star’s light on a photoelectric cell to turn on the illuminations of that year’s Chicago World Fair, which was being held 40 years after the first one in 1893.

Keep going with that arc from Arcturus and skip on to bluish Spica, the brightest star in Virgo. Spica is a pair of stars 250 light years away whose mutual tug from circling so close to each other means they are egg-shaped.

Now scan way to the upper right of Spica to find a backward question-mark pattern known as the Sickle of Leo. It is anchored by the bright star Regulus that lies 79 light years away.

In reality, Regulus is a quadruple system with some of the fainter companions visible in amateur telescopes. Leo is depicted as a resting lion facing west, with the sickle marking his forequarters and head, while the body stretches towards the left of that.

The area of sky to the upper right of Virgo sweeping through Coma Berenices is known as the realm of the galaxies. Spilling over into Ursa Major and Leo too, this region is sprinkled with a multitude of distant star cities. A telescope or large binoculars will allow you glimpse the brighter ones from a reasonably dark location.

All are smudges of light due to their great distance, but seeing a many billion star conurbation – some maybe hosting habitable planets – in the eyepiece is a humbling experience.

Turn Left at Orion, by Br Guy Consolmagno and Dan Davis, is an excellent guide to finding showpiece galaxies, star clusters, and nebulae in a telescope. The beauty of the book is that it tells you exactly how these objects appear in your instrument rather than in photos.

C/2020 F8 (SWAN), a recent comet discovery, may be visible to the unaided eye from a dark site from mid-month but will be best seen as a stubby glow in binoculars. It can be found low in the northeast before dawn. The comet is a Southern Hemisphere object at present and putting on quite a show. See cometwatch.co.uk.

SpaceX plan their first crewed flight to the International Space Station on May 27th from the Kennedy Space Center, getting closer to Nasa’s long-term goal of return to flight from US soil. Two veteran former Nasa astronauts Doug Hurley and Bob Behnken are due to spend two weeks on the ISS with the current Expedition 63 crew before returning to Earth.

The station itself makes a series of passes in the morning sky at the beginning of May. The times change daily so that by the second half of the month it starts late-evening flyovers. A useful site to create predictions and charts for your location is heavens-above.com.

John Flannery (@theskybyeye) is a long-time amateur astronomer with a particular interest in astronomical history and sky phenomena observable with the unaided eye. He also produces an annual sky calendar and the thread at http://bit.ly/2s8OGJI will allow you download the 2020 edition. Fellow members of the Irish Astronomical Society organise many public outreach events during the year and volunteer during Open Nights at Dunsink Observatory.