Particles from diesel engines are causing deaths in Ireland

Car tailpipes have replaced chimneys in polluting our air 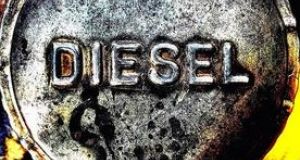 Invisible particles from diesel engines are causing deaths in Ireland, especially from cardiovascular diseases. In the past five years science has also linked these particles to brain diseases like Alzheimer’s and Parkinson’s, slower brain development in children and heightened risk of diabetes and pre-term births.

In the UK it causes 40,000 premature deaths each year, says Dr Aonghus McNabola, pollution scientist in Trinity College Dublin. “In Ireland that is equivalent to over 2,000 yet it does not get the same level of attention as other deaths, such as road deaths.”

McNabola catches particles in filters he sets out in Dublin; he uses their chemical signatures to sleuth out where they came from. High in zinc and copper points the finger at vehicle brake wear; more potassium means wood burning.

Some particulate matter (PM for short) is from sea spray and is presumed safe. Diesel particles, however, come coated in heavy metals, hydrocarbons and other chemical nasties.

McNabola found it easy to tell the difference between older and newer diesels. “The older ones emit much larger quantities of these [dangerous] elements,” he explains, such as metals. He was surprised by the variations in older cars, which he believes is connected with proper maintenance.

Particle size matters. Particles larger than 10 microns do not enter our lungs, but smaller ones enter the upper respiratory tract. Even smaller particles (<2.5 microns, so PM 2.5) are worse because they can enter the lungs and cause the most damage, says Dr John Wenger, atmospheric chemist at University College Cork. These particles can travel into the bloodstream and stoke an immune reaction elsewhere in the body.

The ensuing inflammation – likely caused by the harmful chemicals around the particle – is probably a contributor to stroke and heart disease. The tiniest flecks – less than 0.1 microns – are coming under suspicion too. “These ultrafine particles may cross into the brain. Recent data indicates that they may play a role in early dementia and Alzheimer’s,” says Wenger.

Suspicions arose when ageing dogs in the most polluted areas in Mexico City grew confused. Autopsies revealed signs in their brains of what looked like Alzheimer’s. Then it was discovered that lab mice exposed to particles in diesel fumes developed inflammation in their brains.

Human studies were not reassuring: those living in highly-polluted areas have a 10 per cent higher risk of developing Alzheimer’s disease, it was recently reported.

This year studies put the brains of schoolchildren in the crosshairs. “We knew that diesel cars in Europe emit ultrafine particles. We measured these in school classroom and in the corridors,” says Prof Jordi Sunyer of the Barcelona Institute for Global Health, who led a study of 3,000 schoolchildren. Classrooms closest to busy roads had the highest levels of ultrafine particles. The more particles, the worse children scored on attention tests and the slower their cognitive abilities developed. Higher levels were even linked to slower brain development in MRI studies.

The quantities of toxic particles drop off as you move further from busy roads. Therefore, Sunyer recommends that traffic not be within 50m of a school, and school drop-offs should be 100m away. Fifty metres makes a big difference; walk 200m away and you get to background levels.

Trees and walls can block traffic pollutants from schools. And indeed pollution barriers are being tried out in a European project involving Trinity and University College Dublin. Dr Franceso Pilla at University College Dublin, who is co-ordinating the project (iSCAPE), says hedges, trees and green areas will be placed in various European cities to help keep pollutants away from people.

Dublin will get multicoloured walls made out of Lego-like bricks around September. “The bricks will be random colours. They will be very flashy,” Pilla explains. Sensors will be placed on either side of the walls to see how they influence pollution levels.

Pollution can vary even on one street depending on buildings, trees and other objects because they influence dispersion of particles. “Essentially you can put obstacles in the street, which rearranges hotspots. We are interested in lowering pollution on footpaths, which can be done with hedging or even urban furniture,” says McNabola, who is also involved.

The Environmental Protection Agency in Ireland has just two high-tech air quality monitors in Dublin, but is considering an expansion that would include a web of inexpensive city sensors. These could create pollution maps and allow for better transport planning on health grounds, for example by not having pedestrians stand at pollution hotspots.

In the UK King’s College London developed an app (London Air) that suggests alternative, less-polluted walking routes to your destination in London.

“The old mills and factories in Europe’s cities would spew clouds of smoke from tall chimneys, but people were far from the pollution,” says Sunyer. “Today the chimneys – tailpipes of cars – are a few metres from adults and children. You might not see the pollution but you are closer to it.”

As research builds a picture of just how harmful these particles are, city planners need to think more about keeping toxic traffic fumes away from people.

OLDER DIESELS HAVE MOST HARMFUL FUMES

One way to increase the nation’s health is to phase out some of our ageing diesel fleet because fumes from such vehicles contains more of the toxic particles health experts are concerned about.

Older diesel vehicles had to meet pollution standards far more easygoing than those of today. “There were huge improvements in standards, most especially between Euro 4 and 5,” says Dr Aonghus McNabola, pollution researcher in Trinity. The Euro 5 standards introduced in 2009 reduced toxic particles and chemicals called oxides of nitrogen (NOx).

Ireland still has lots of older diesels. “These emit several times more pollution than newer vehicles,” warns McNabola. “The population will suffer the difference until these cars are gone.”

By suffering he means more heart disease, stroke, lung disease and impeded lung development and poorer performance at school in children. Maintenance of vehicles is also a factor in how dirty the emissions.

New scientific findings about the health effects of diesel particles also strengthen arguments for more pedestrianised streets; and for taking action on the biggest emitters of diesel fumes. Other countries are making moves. In London from next year all new double-decker buses will be electric.

“Particulate matter contributes to these deaths significantly and therefore we should be particularly concerned with where it comes from in order to make good decisions on how to reduce it,” says McNabola, who studies the chemistry of particles in Dublin to work out their origins.