One man’s waste, another’s treasure: The rise of faecal transplants 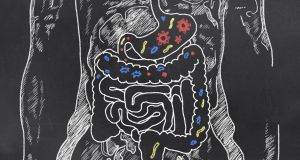 “The group of microorganisms resident in our gut is known as the gut microbiota. It is a diverse ecosystem of bacteria and other microbes that has a really complex interaction with its host, ie ourselves.”

Who doesn’t enjoy a good old bodily fluid exchange? Well, you might think twice about it if you were told that the bodily fluid in question would be faeces. Then again, faecal transplants have proven incredibly effective in the treatment of disease - and the field is booming, to the point that there might be a time when you won’t bat an eyelid if offered someone else’s poop.

With this type of treatment, it might seem that the doctors’ intention is to gross you right out of your health issues, but that is not so. The more scientists learn about the bacteria that live in our gut, the more they realise how important they are for our health and how they can help us fight disease.

The group of microorganisms resident in our gut is known as the gut microbiota. It is a diverse ecosystem of bacteria and other microbes that has a really complex interaction with its host, ie ourselves. The types of bacteria that live in our gut can change if we suffer from digestive tract diseases or even with our diet.

Some of these types are beneficial to us, helping us to digest our food and educating our immune system, while others can be detrimental to our health. Hence the idea of putting “good bacteria” in there, to compete with the bad guys and keep them at bay. And where would one find a good source of gut bacteria? Voilá, humble poop becomes much sought after medicine.

“In essence, what you’re doing with faecal microbial transplant is trying to reboot the system,” says Prof Fergus Shanahan, director of the Alimentary Pharmabiotic Centre (APC), University College Cork. “You’re basically giving back to the patient a huge variety of microbes from a healthy donor.”

We all probably have some level of these bacteria in our bowels, but it’s only where it gets a chance to overgrow that it causes problems

The concept might seem modern, but it is estimated that it originated in China about 1,700 years ago. Indeed, a classical Chinese medicine book from 1578 cites human “faecal solution” for treating high fever, food poisoning and abscesses. “There is nothing new about this: it’s in actual fact a blindingly obvious, common-sense strategy,” says Prof Shanahan.

The efficacy of faecal transplant as a therapy was first evaluated in patients suffering from infection by Clostridium difficile, a nasty bacterium that causes severe diarrhoea, abdominal pain and fever. “[The infection] can be mild in some people but it can also be life-threatening, particularly in the elderly, who are more susceptible,” says Prof Shanahan. “We all probably have some level of these bacteria in our bowels, but it’s only where it gets a chance to overgrow that it causes problems.

“It can even shut down hospitals. There’ve been many outbreaks in hospitals in the western world where antibiotics are used. Fortunately, Ireland hasn’t been too badly affected, but some hospitals have been devastated by this problem, because once it gets into a ward it can spread quite easily from one patient to another.”

In a clinical trial led by the University of Amsterdam, faecal transplant was compared to antibiotics, which are the first line of treatment for recurring infection by Clostridium difficile.

While the antibiotic treatment cured 27 per cent of the patients, the faecal transplant cured 94 per cent, with almost no adverse side-effects. The difference was so dramatic that the doctors stopped the trial early, since they considered it unethical to keep the patients on the antibiotic arm of the study from getting what was clearly the better treatment. Since then, faecal transplant is used more and more for the treatment of Clostridium difficile infection.

“That has become the standard of care,” says Prof Shanahan. “In fact, I know of no other treatment that comes close to a hundred per cent effectiveness, that’s how good it is.”

The success of faecal transplants in patients with recurring C. difficile-associated disease suggested that these transplants might also be used to treat other diseases such as irritable bowel syndrome, ulcerative colitis and Crohn’s disease. The treatments currently used for these ailments don’t work on all patients, and so new therapies are urgently needed.

However, the role of the gut microbiota in these diseases is less well understood: it is not the simple matter of introducing a competitor to knock out the one type of bacteria causing trouble, as in the Clostridium difficile infection. These are much more complex diseases in which the patient’s immune system plays an important role, and clearly the gut microbiota as a whole - not just one bacteria type - is affected. It’s not going to be a straightforward fix.

“A problem can arise when people assume that simply because it works in one condition it should work in others: this is not the case,” says Prof Shanahan. “We regard faecal microbial transplant as being now a standard of care for patients with recurring Clostridium difficile infection, and I emphasise recurring, because once you stop the antibiotics it will settle down in almost all of us.

“The difficulty is that about 20 per cent of people get a recurrence, and it keeps coming back. We offer these patients a microbial transplant. But most people with a single episode of Clostridium difficile infection don’t need a transplant.

“For other [non-C. difficile-associated] conditions, we need absolute scientific proof of effectiveness before we will make it available, and that’s where the research is required.”

So how is it actually done? Donors are chosen who have been declared infection and parasite-free. “We don’t do these unless we have conclusively screened the donor rigorously to make sure that they are healthy and there are no infectious agents in the bowel,” says Prof Shanahan.

Choosing donors among a patient’s family members appears to be a good approach, as in addition to sharing genes they are exposed to the same environment and a similar diet, so it is quite likely that their gut microbiota will be similar as well. However, some doctors prefer to use anonymous donors, and samples are also available from commercial entities.

The faecal matter is collected and either used immediately or frozen until needed, when it is mixed with a liquid - usually saline solution - and administered as an enema or colonoscopy if it’s going one way, or a nasogastric tube if it’s going down the other. Bacteria can also be enveloped in gelatin to form what is playfully known as “crapsules”.

It seems simple and easy, but all is not plain sailing with this therapy. The existence of different donors with quite diverse gut microbiota makes it very difficult to standardise, ensuring that all patients get the right bacteria for their case. This has pushed researchers to develop synthetic stools, in which a specific mixture of microbes initially isolated from faeces is developed. The synthetic stool has received the creative name of Re-POOPulate, and it has already shown success in a preliminary study with a small number of patients suffering from C. difficile infection.

The faecal transplant – what might have been dismissed as a medically unnecessary fad in the past – is here to stay.

Waste not, want not: understanding the risks of faecal transplant

Although it has become the standard of care for patients with recurring Clostridium difficile infection, there is still a lot of research carried out on faecal microbial transplants, some of it is happening at the APC in Cork.

“We are doing research with two approaches,” says Prof Shanahan. “One is to see whether faecal microbial transplant can help other subsets of patients other than [those with C. difficile infection], and the second area we’re looking at is to see if we can improve on the safety and effectiveness of it. In other words, do we really have to give a full faecal microbial transplant? What are the minimum essential numbers of bacteria that we could give, and can we put them into a capsule?

“It’s a big team of people doing this work, looking at growing these bacteria and putting appropriate combinations back together. Maybe only five [types of] bacteria are needed, maybe 10, maybe three, maybe it doesn’t need the entire consortium, and maybe it varies for different people.

“We’re basically trying to take apart the mechanisms by which it works and to get it to a level where a faecal microbial transplant in Cork would be the same as one in Dublin or anywhere else in the world. The goal is to know exactly the required bacterial types and the numbers of bacteria necessary.”

Whatever you do, do not try this at home. “There have been reports of people trying to do the transplant themselves. This should not be done. In addition to the risk of infections, there is the potential to transfer increased risk of metabolic and other diseases with microbial transplants.

“Microbial transplants are best administered by clinician-scientists, preferably in association with an academic research centre where the entire process is controlled and supervised and in a way in which new knowledge can be generated.”