March for Science to be held in Dublin

Event will coincide with more than 600 marches internationally 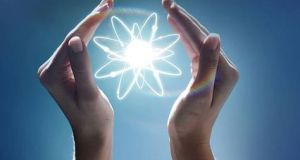 March for Science Ireland highlights the international nature of science, and says the biggest issues we face are global. Photograph: Getty Images

A March for Science will be held in Dublin on Saturday to coincide with events in Washington DC and more than 600 other locations worldwide.

The international initiative aims to stand up for science and evidence in opposition to a culture of “alternative facts”.

Irish organisers have said the march will take place in the face of “an alarming trend toward discrediting scientific consensus and restricting scientific discovery”.

In Ireland organisers have said they are demonstrating to ensure science and evidence are part of our national policies, conversations and culture.

March for Science Ireland, run by a voluntary team of scientists and supporters of science, also highlighted the international nature of science, and said the biggest issues we face are global.

The event has gathered support from students across the country, including from Trinity College Dublin Student Union, and official partners of the march include the Irish Cancer Society and Cool Planet Experience.

Speakers will include professor of biochemistry at TCD Luke O’Neill, Síle Lane, head of international campaigns and policy at Sense About Science, and assistant professor in the school of mathematics and statistics at UCD Aoibhinn Ní Shúilleabháin.

Attendees will assemble on Grand Canal Square, Dublin 2, at 2pm, and march to Government Buildings.