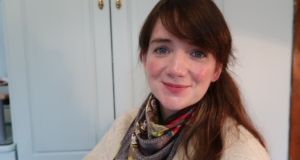 Dr Rosie Mangan: ‘One thing I remember was hearing my Dad’s voice, and I knew something had changed and I must be back in Ireland.’

When Dr Rosie Mangan went on a field trip to Brazil a year ago, things didn’t go quite to plan.

“My area of research looks at using biology to keep ahead of pesticide resistance on farms,” she explains. “That includes protecting helpful insects that are not the intended target of pesticides. So I went to Brazil to collect some insects from our project partners so I could bring them back to Scotland, where I was working on the study at the University of Stirling. I was really looking forward to the trip to the other side of the world.”

But then everything changed. While in Brazil, Mangan was badly injured in a traffic collision. “I remember a loud bang when the cars collided, and then everything cut out,” she recalls from her home in Offaly. “That is probably when I had the brain injury.”

She was rushed to hospital in Brazil and put into an induced coma. Several weeks later, Mangan was transferred back to Ireland. She remembers little between the accident and waking up in the Mater Hospital in Dublin, but it’s not all blank.

“One thing I remember was hearing my Dad’s voice, and I knew something had changed and I must be back in Ireland. And that is when I really started to fight to wake up,” she says.

“I also remember hearing my Mum’s voice, my sister’s voice, my boss’s voice and my boyfriend Conor’s voice. I knew all those voices were close to me and I knew something was desperately wrong with me because I couldn’t open my eyes, but I knew if I could hear those voices close to me I was probably going to be okay,” she adds.

From there, Mangan worked on her rehabilitation with teams at the Mater and at Cappagh Hospital; much of it during the Covid-19 pandemic. “The lack of visits during Covid was extremely challenging and overwhelming,” she points out. “[BUT] the interdisciplinary specialist rehabilitation teams in the hospitals, Acquired Brain Injury Ireland and HSE (Health Service Executive) local primary care are so talented. They really helped me to change my life with physiotherapy, occupational therapy, psychology and speech and language therapy,” she says.

“I went from being barely able to sit up in a chair to walking, and being able to speak at an online conference held by the Royal Entomological Society. I spoke about our research group’s work on making farms more sustainable and diverse to help to avoid pesticide resistance evolving. At the start of the year I could not even have imagined being able to do that.”

Mangan believes her scientific training is helping her through neurological rehabilitation. “I think that the determination I have developed in my research has given me patience and confidence to go through this,” she says. “I replaced experimental repetition with neurological repetition. Sometimes you have to accept that things don’t work the way you expect them to the first time or even the tenth time you try, and that is something that happens in science, so I was used to keeping positive and keeping going.”

She also kept track of her progress, including the number of steps she took. “I counted my steps in August to raise funds for the Mater Foundation, ” she says. “My friends were running 100 miles in a month to raise money, and I took more than 1,600 steps. It was a good way to keep me motivated, because I want to try and help raise awareness about the need for more neurological rehabilitation services in Ireland. Neurological injury comes in many forms, including concussion, stroke and traumatic brain injury, and everyone should have the resources to make as good a recovery as possible.”

Mangan has been writing up her results about biological control of pesticide resistance during her recovery, and in January she will present online at the Ecology and Evolution Conference Ireland. She also wants to get back to carrying out research with the team in Scotland.

“We have a limited arsenal of pesticide products left and we need to make sure they are protected against pesticide resistance,” she explains. “That is why we are trying to come up with good biological control strategies to stop pesticide resistance evolution, such as making the agricultural landscape more diverse over local and national scales and over successive seasons. We need to create environments that keep ahead of resistance evolving, we need to keep moving the goalposts so it is less likely to happen.”