In 2000, the local community of Abbeyleix took control of the conservation of their boglands. Twenty years later, they are celebrating a remarkable environmental success 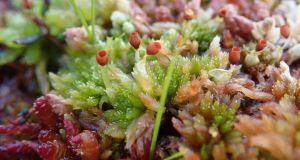 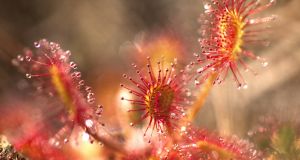 Drosera or sundews is one of the largest genera of carnivorous plants. To supplement the poor mineral nutrition of the soil in which it grows, the plants lure, capture, and digest insects using stalked mucilaginous glands covering their leaf surfaces. Photograph: Tina Claffey 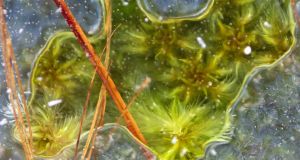 Sphagnum mosses are the primary ‘bog-builder’ and the presence of a variety of species growing in combination on peatlands is a key indicator of active raised bog. Photograph: Tina Claffey 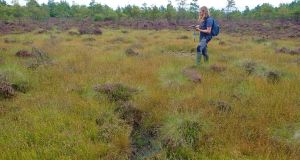 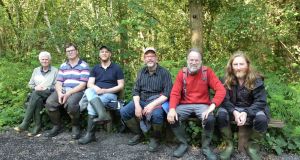 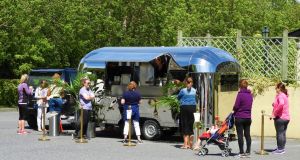 Socio-economic benefits: Following the Covid-19 lockdown in March this year, the Abbeyleix Manor Hotel opened a coffee dock in its car park to capitalise on increasing numbers of recreational visitors to the adjacent Abbeyleix Bog Project. Photograph: APB

The flood of well-founded bad news about the climate and biodiversity crises can be overwhelming. So it is invigorating to find islands of ecological restoration, where this deluge has not only been halted, but reversed.

Even small, unlikely examples, like the Abbeyleix Bog Project , can offer valuable lessons for progress on a larger scale, not least in its exemplary monitoring of its outcomes by scientists and the local community.

And the latest survey on the state of this bog, just completed by ecologists Fernando Fernandez and Willie Crowley, reveals some remarkable findings.

When the project started in 2009, only 1.12 hectares, of 103 in the key high bog area, qualified as “active raised bog”. This is an EU priority habitat where peat is regenerating, carbon is being sequestered, and biodiversity is flourishing in a high-quality native plant community. Today, this area has expanded to 13.78 hectares.

In the same period, carbon emissions from the high bog area as a whole have halved, the equivalent of 81 fewer standard cars on the road per year, as its general ecological and hydrological quality has steadily improved.

This rapid recovery is all the more noteworthy as the site had been dismissed as a “crap bog” by wetlands scientist Jim Ryan in the 1990s. At that time, he had the unenviable task of rapidly assessing the conservation and restoration potential of dozens of peatlands for the National Parks and Wildlife Service (NPWS), as the EU Habitats Directive kicked in.

Ryan has long since cheerfully admitted he was wrong in this instance. “You can offer my apologies to the Irish nation for that remark,” he says wryly today. “Abbeyleix is now top of our restoration class.”

This site was once a classic midlands raised bog. These are distinctive ecosystems with very complex hydrology, creating over centuries in a characteristic domed topography (the high bog). The dome is produced by the accumulation of peat-producing vegetation, dominated by sphagnum mosses, and fed by rainwater. Raised bogs are usually associated with an adjacent fen or “lagg” fed by groundwater.

Ireland was one of the last strongholds in Europe of these systems. But most of our raised bogs have been destroyed or critically damaged by turf extraction, which makes restoration exceptionally difficult.

Abbeyleix is unusual in that turf was never extracted from its high bog, but only from the surrounding land. This now forms revegetating “cutover”, as manual turf cutting here ended in the 1960s. It also retains some aspects of the lagg feature, which has been mostly lost elsewhere.

However, the high bog nearly suffered death by a thousand cuts when Bord na Móna (BnM) inserted intensive drainage channels in the 1980s, to dry out the bog for strip-mining.

But when the board attempted to start extraction in 2000, it was literally stopped in its tracks by a broad coalition of local people, boldly obstructing the only entry with a crane. Thestory of their nine-year battle to save the bog has been told elsewhere. In a remarkable turnaround, the board finally agreed to help the Abbeyleix Bog Committee restore the bog, with the collaboration of the NPWS.

Catherine Farrell, then the board’s innovative chief ecologist, and Jim Ryan, played leading advisory roles. Their expertise, plus heavy lifting from a local contractor’s excavator, blocking the drains so recently dug, were central to the project. But Farrell and Ryan both give the main credit to the local community, who participate so actively in surveys, and in developing the bog as a sustainable amenity for residents and visitors, including a boardwalk and signage (see panel).

Preventing further degradation of the bog was one thing. But no one knew for sure whether rewetting it by drain blockage would be enough to renew the elaborate network of ecological and hydrological processes that form peat-producing plant communities. Recovery was slow at first, with the vestigial active raised bog only expanding from one to three hectares in the first five years.

But at a public meeting just a year into the project, Ryan had expressed delighted surprise at how high the water table in the high bog had risen. He hazarded a guess that the active raised bog could eventually expand to 15 per cent of the dome. The new report shows this target is now within easy reach.

He believes today that the active carbon-sequestering area could reach 20 per cent, but he stresses that, as a target elsewhere, anything above 10 per cent would be good restoration.

Moreover, he reminds us that degraded bogs emit very significant amounts of CO2, so that while sequestering carbon is the optimal result, reducing emissions, and increasing biodiversity, where sequestration is not possible is a very significant additional benefit.

“So now we have a model for restoring active raised bog,” he says. “But also, with rewetting the rest of the dome, we were reducing emissions from the outset.”

The new survey advocates a further programme of drain blocking to rewet the surrounding cutaway areas, which will also further reduce emissions.

He supports this recommendation, but he points out a familiar restoration dilemma. The cutaway has spontaneously produced vegetation communities of its own, and while some invasive species are present, valuable native plants not typical of raised bog must not be destroyed. As always, there is an element of triage in thinking about these issues.

“If we can restore the cutover in an integrated way with the raised bog, and bring back a fully functioning lagg zone so that the water table fluctuates, we will have a model restoration success story.”

Every bog presents its own challenges, but given the vast peatland restorations currently proposed by BnM, Coillte and the NPWS, one has to hope that they will all study this model carefully.

The Society for Ecological Restoration advocates a rigorous scientific approach to restoring ecosystems, but the first principle set out in its 2019international standards is to “engage stakeholders”. All involved in the Abbeyleix project agree.

“The enthusiasm and commitment of the local community is the keystone,” says Catherine Farrell. “Not all bogs will have such an immediate and local interest, but community engagement is paramount. The locals then emerge as custodians of their nearby restored bog, while the wider community reaps the rewards of improved biodiversity, water and carbon benefits.”

Jim Ryan concurs: “A fully engaged community is the big lesson here, it can achieve a lot more than a central authority with no boots on the ground.”

Abbeyleix local Chris Uys started out as one of the activists blocking BnM’s diggers. He is now development officer for the national Community Wetlands Forum, and says a “social ecosystem, multistakeholder approach is vital for restoration success”.

Jenny Kent, owner of the Abbeyleix Manor Hotel, adjacent to the bog, closed during the lockdown but found her car park filling up with people coming to the bog. She opened a coffee truck, which gave the hotel badly needed funds to cover overheads.

She adds: “I also observed that the walk, coupled with our offering, provided people with a modicum of safe social interaction and exercise, with positive mental and physical health outcomes. A lot of our older customers were very isolated during this time. It was wonderful to see them out and enjoying our local amenity.”

Who knew a restored bog could bring so many benefits?