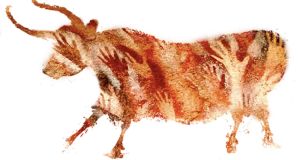 When farmers migrated from the Middle East into Europe about 9,000 years ago they encountered indigenous European hunter-gatherers with whom they first traded and later interbred.

There is now evidence that, as described by Laura Spinney in Scientific American (July 2020), the blending of the two groups produced a society in which those with higher hunter-gatherer ancestry were treated as inferiors.

About 11,500 years ago, Europe and the Middle East were emerging from an Ice Age. As the Earth warmed it became more fertile, particularly in an area called the Fertile Crescent extending from the basins of the Tigris, Euphrates and Nile rivers to the eastern Mediterranean coast.

The hunter-gatherers of the Fertile Crescent gradually changed their lifestyle of hunting wild animals and gathering wild plants to domesticating animals, such as sheep and goats, and planting crops such as wheat. They became the first farmers.

About 9,000 years ago these farmers migrated into Europe to find new fertile lands to cultivate. They spilled across the Aegean Sea and the Bosporus into Greece and the Balkan Peninsula and penetrated Europe along two paths. One group travelled west by sea to Italy, then on to France and the Iberian Peninsula.

The other group travelled north by land, into Germany and into France. These two groups eventually came together and blended after about 500 years of separation. Over this period these farmers had become much more sophisticated, mastering the craft of pottery and smelting copper to make various utensils.

The indigenous Europeans at that time were hunter-gatherers living in dense forests, hunting wild animals, gathering wild grasses and very skilled at making finely chiselled arrowheads for hunting. The immigrant farmers were shorter than the hunter-gatherers and had dark hair, dark eyes and lighter skin.

There is evidence that the melding of the farmers with the hunter-gatherers was not harmonious. Spinney describes archaeological investigation of burial sites, combined with DNA analysis, showing a farmer’s skeleton, placed carefully in the grave but accompanied by other skeletons, strongly descended from hunter-gatherers, thrown randomly into the grave. This is widely interpreted as the grave of an important person (a farmer), buried with care and accompanied to the “next life” by servants – perhaps slaves – who were killed for this purpose and whose corpses were handled with little care.

European hunter-gatherer culture quickly declined after the farmers arrived. By 5,000 years ago agriculture dominated Europe and a hierarchical society had evolved, probably with those of strong hunter-gather descent on the bottom. This was an understandable, albeit regrettable, development.

Spinney quotes more recent evidence of this phenomenon when Bantu farmers expanded into southern Africa 3,000 years ago and encountered forest-dwelling hunter-gatherer Pygmies to whom the Bantu are no more closely related genetically than they are to Europeans. The two groups traded for a long time but did not interbreed for 2,000 years. Pygmy women then married into Bantu communities where they are treated as social inferiors.

Future research will clarify details of the society that developed when farmers conquered Europe. It will be no surprise to discover various inequalities, some gross, across different sectors of society. This is the way the world is. For example, I understand that all societies, at some stage in their histories, practised slavery.

But another happier aspect of the way things are is the human ethical instinct that works to remove inequalities, enhance our lot and increase happiness. Improvement is all we can hope for in the real world.