Figuring out the challenges of being a scientist and a mum 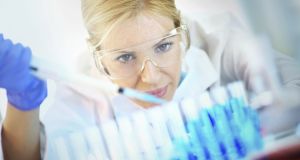 “Women often approach problems in different ways to men, which can lead to novel discoveries and breakthroughs”

“Oh, the irony,” I thought. “Asking women to talk about the challenges of being a woman in science, but doing it out of hours when she has children to attend to . . . ”

But then my science brain kicked in: why am I assuming that a mum will find it harder to do after-hours work than a dad? Are there different challenges for scientist mums as opposed to other mums? What implications do these things have for the work we do and for us as people? It was food for thought.

The truth is I didn’t notice gender inequality early in my career. Yes, a lot of the more senior people were men, but my peers – the other PhD students and postdocs – were a fairly even split, and we never discussed it. I was inspired by the work of legendary ecologists such as Rachel Carson and Jane Goodall. I didn’t ever consider my gender to be a barrier to achieving my ambitions.

As my career has progressed, I have become more aware of gender equality as a political issue, but also as an issue for science itself. Why? Because science is about figuring things out and solving problems. Women often approach problems in different ways to men, which can lead to novel discoveries and breakthroughs. A diversity of interpersonal skills is also a strength in research teams.

So it has a real impact on the work we do when, despite half of today’s undergraduates being women, we are still outnumbered at senior levels. This matters in meetings when women are less likely to speak up or more likely to be spoken over.

It matters when informal networking happens in men-only spaces. It matters when men are attempting not to be sexist, but in doing so illustrate that they are all too aware of your gender and are treating you differently because of it.

As institutions start to recognise that change is required for equality and diversity to truly flourish, we need women at the senior level to encourage this change and inspire the next generation.

The “working parent” issue is distinct, but related. Many of the challenges are common to both parents – balancing work, childcare and domestic chores and feeling like you are underachieving in all these areas – but others apply specifically to working mums. The mother is often the first point of contact: the school will ring me, rather than my husband, if there is a problem; other parents will contact me to arrange birthday parties and other social events, rather than him.

However, there are other difficulties being a mum in Stem, too. Researchers move around a lot from university to university, so people often settle down far from where they grew up. The family support network is seldom there.

As well, in a research environment where collaboration is encouraged and funding is often consortium-based, having a strong international network is critically important, and so I spend a lot of time travelling to meet collaborators.

These challenges are not necessarily unique to Stem, but they are certainly prevalent. And with regards to single-parent scientist mums? Deep respect . . .

The benefits are as real as the challenges, though. I have found that the teams of researchers working under women scientists (many of whom are also scientist mums) are often more diverse, which can make for better science.

Mums may be more empathetic to team members’ needs, which makes for a healthier working environment.

We can be flexible and informal in the ways we work, too; last week, I had a meeting with another scientist mum to discuss a major research proposal. Our meeting room? The side of the path between our offices, her with a gym bag slung over her shoulder, me with a sandwich in one hand and a phone in the other, both of us on the way to other meetings. And you know what? It was productive.