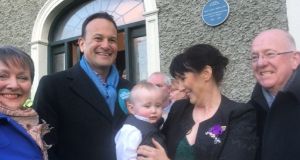 After the frenzied speculation about when Taoiseach Leo Varadkar would call the election and the adrenaline rush within the political bubble when he actually named the date, campaign 2020 has calmed in recent days.

Candidates are getting a feel for the attitudes of the electorate, but are conscious that is all it is: a preliminary assessment of opinions that may take shape later in the campaign.

Many outgoing Fine Gael TDs began in trepidation of what they could be facing on the doorsteps, given the pressures in health and housing.

Yet a common view among Fine Gaelers is that they expected the initial reaction to be worse than it has proven to be.

“I thought we were in a bit of trouble, but not the trouble we were in the last time,” said one Cabinet member of his initial experiences in comparison to the 2016 campaign.

“I was expecting a fair bit of negativity and that things would settle again. But I didn’t get it.

“We are in a better position now – this game is there to play for.

“We are not hated,” the Minister said, but then added of the electorate: “They don’t know what they are going to do with us.”

Fianna Fáilers too report their canvass is easier than it was in February 2016 and insist there is an appetite for change.

Both parties say the election is on course to be dominated by the contest between Varadkar and Micheál Martin.

Where Fianna Fáilers say Varadkar is unpopular, Fine Gael sources said the reaction to the Taoiseach is more mixed, and not as clear cut.

‘An honest broker’ “With [Enda] Kenny, some people hated him. But the people who don’t like Leo don’t hate him, if that makes sense.”

A Fianna Fáiler in rural Ireland said Martin is seen as an “honest broker” by those who want Varadkar removed.

It will be a presidential-style election, but Fine Gael has elevated Simon Coveney, the party’s deputy leader, to almost equal billing with the Taoiseach.

Images of both appear on party branding but sources said this is more to do with Coveney’s improved standing among voters than a dip in the Taoiseach’s popularity.

The party’s slogan - ‘A future to look forward to’ - was signed off on in the “last few days” before Varadkar’s announcement of the election, according to sources.

The campaign will inevitably swing back to the Varadkar-Martin duel and a senior Fianna Fáil source says such a narrative can be sustained over three weeks, even if the media and political bubble tires of it.

Fine Gael says the fact it has no large coalition partner it can rely upon to support the Government’s record leaves it with little option but to robustly defend itself.

The opening days of the campaign went as expected, this figure added.

“It is setting the scene, it is diverging.”

Further divergence between the former confidence-and-supply partners will come when detailed policy positions are outlined next week.

Fianna Fáil, the senior figure added, will be “the change” voters want.

Note of caution A senior party TD said the attitude to Fianna Fáil “genuinely is warm, it is warmer than the last time”, while adding a note of caution.

“Fine Gael still has support out there among their own, it is going to be a lot closer than people think.

“People vote with their pockets.

“There has been a recovery outside the M50 – we will still say there hasn’t – but there has. The thing about Micheál versus Leo will become more acute in the last 10 days.”

In a contest as tight as Election 2020, their head-to-head debate four days out from polling is shaping up to be the crucial campaign moment, or as one member of the Cabinet put it: “The one that will determine the election.”