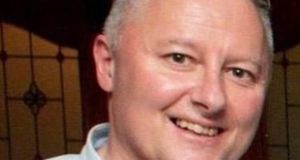 Tributes have been paid in the Dáil to Detective Garda Colm Horkan and a minute’s silence was observed to the “shining star”, who was killed a week ago while on duty in Castlerea, Co Roscommon.

Ceann Comhairle Sean O Fearghaíl described Det Horkan as an “exceptionally and outstanding member of An Garda Síochána – he was a shining star for young recruits to emulate”.

Local TDs paid warm tributes to the detective who served in An Garda Síochána for 24 years.

Independent Roscommon-Galway TD Michael Fitzmaurice said “if you were in a pub drinking, he’d bring you home. He was a commonsense person. He wasn’t by the notebook.” He worked with the community “bringing people with him”.

Fine Gael Sligo-Leitrim TD Frankie Feighan, who knew the detective, said he hoped politicians would now consider how they talked about the gardaí in debate. He said with Garda whistle-blowers and other controversies “politicians couldn’t wait to get out there to undermine the confidence and integrity in the Garda Síochána. I hope from now on we will have a bit of balance.”

Independent TD for Roscommon-Galway Denis Naughten referred to cases he was involved in and said his attention to detail and regard for the rights and needs of victims were paramount. He helped secure convictions and prevent further abuses of women in children in the west of Ireland.

“We have no idea of the countless lives that would have been destroyed but for the perseverance and dedication of Det Garda Colm Horkan.”

Minister for Justice Mr Flanagan said there had been a national outpouring of shock and grief at the loss of Detective Horkan, “who gave his life serving the State and protecting the community. We have come to learn of the man, so beloved of his family, his community and his Garda colleagues.”

“As the Garda Commissioner said this week, he epitomised what all Garda members should strive to be.”

Fianna Fáil justice spokesman Jim O’Callaghan said Det Garda Horkan gave his life defending the community at a time when most people were sleeping in their beds safely. He said there is a fantastic relationship between An Garda Síochána and the community in contrast with other countries where they are seen as a law enforcement agency.

Sinn Féin justice spokesman Martin Kenny said he was a highly respected officer a highly regarded member of the community.

“We should be very grateful to those like Garda Horkan who do their job and do it well.”

“Those who had Colm in their lives say he would never let them down and no grater tribute can be paid to any man.”

Green Party TD Roderic O’Gorman said the outpouring of grief from his colleagues and the wider community provide a picture of a man deeply embedded in his community, loyal to his friends and always conscious of his role giving back to others.

Social Democrats TD Catherine Murphy said the report of his life and work “has resonated with everyone”.

Independent Mattie McGrath said he was a huge loss to An Garda Síochána and the State. Mr McGrath and said that no Garda should patrol on their own because they did not know what they might confront around any corner.