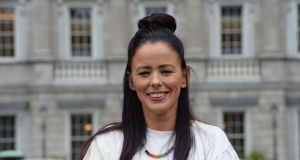 The Department of Health is to be asked to take action to deal with an outbreak of Hepatitis A at a halting site after an emotional appeal in the Seanad.

Local authorities will also be instructed to ensure that sites have running water and provision of electricity after Independent Senator Eileen Flynn called for the Minister for Health to assist the Traveller community in securing proper sanitation and clean water after the outbreak.

Ms Flynn told the House about halting sites being without safe, drinkable water and said Travellers are being treated “like dirt” and “put aside”.

She said the community was only seeking “our basic human rights”.

Seanad leader Regina Doherty said it was an “absolute crime” that Ms Flynn’s community was experiencing such difficulties.

Pledging to get the department to write to local authorities and to take action to deal with the outbreak, Ms Doherty said it was a “disgrace” that “we can’t even give them the dignity of running water and essential services”.

Fianna Fáil Senator Lorraine Clifford Lee said the Traveller community should be receiving extra supports including facilities for self-isolation and should be prioritised for the Covid-19 vaccine, similar to the way “first nation” or native communities in Canada were being prioritised.

Ms Flynn said there had been outbreaks of Covid-19 within the Traveller community from Cork to Dublin, Sligo to Mayo and Galway.

The first female Traveller appointed to the Seanad, Ms Flynn said she had received numerous calls from people “not having water to wash their hands, not having a safe place to isolate or being able to drink clean water”.

She also said there had been an outbreak Hepatitis A “on a halting site I would be very close to”.

She said “Hepatitis A is something we don’t see in countries like Ireland but in developing countries”.

The Dublin Senator, now living in Donegal, pointed to the UN’s sustainable development goals and how citizens are treated and said that “if we look at the Traveller community we are treated like dirt”.

She said there was talk about the Covid-19 pandemic and “everybody is in this together. White settled people are in it together. Traveller people are put aside,” she said.

In an impassioned contribution she said, “I’m living with these people. This is my family”.

Senator Flynn said “many people in our community are dying right now due to Covid-19”. She acknowledged that every community was affected but said that “all we want is our basic human rights to be met, especially during the pandemic”.

She called on the Minister for Health to support the Traveller community to secure proper sanitation and clean, safe water.

Ms Doherty said she would write to the department to get all local authorities “to ensure every halting site has running water and electricity provision”. She would also ask that the Department of Health would make sure that sanitation issues were addressed.

She recalled as a minister visiting a temporary halting site in Offaly which had no running water or electricity but the family had been 24 years living on that site with no prospect of moving somewhere more permanent.

When she made representations about the issue she said the “local authority told me they couldn’t provide water or electricity because the site was temporary”.

That was the “most Irish nonsense I’ve ever heard in my entire life” but she said the site probably still had no running water and it was “absolutely no surprise to hear the Senator so emotionally talking about the impact of Covid on her family and community”.