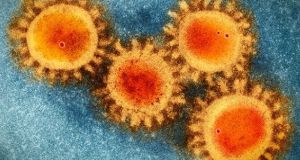 Rapid antigen testing has a role to play in combatting Covid-19, Tánaiste Leo Varadkar has said.

The Tánaiste has said he wants Nphet (National Public Health Emergency Team) to decide quickly on the introduction of rapid testing, and not to take as much time as it did to endorse the use of facial coverings.

Leo Varadkar made his comment in the Dáil amid growing pressure for a testing system to be put in place at airports in the wake of the Ryanair decision to close its bases at Shannon and Cork airport.

Mr Varadkar said rapid antigen testing had a role to play in combatting Covid-19 and the Health Information and Quality Authority (Hiqa) had done a health technology assessment on it.

In the Dáil chamber, Labour leader Alan Kelly held up an antigen test kit which he said cost between €5 and €10 and asked “why has it taken so long for the expert advisory group to sign off on these”.

He said “they are not a panacea but they are part of a mix as regards population testing to help organisations and to help with travel”.

Mr Varadkar agreed that the polymerase chain reaction PCR currently used, costs nearly €150 to €200 per test while rapid testing was much cheaper and “you get a result quickly”, and they were in use in German and other airports.

Mr Varadkar said Nphet and the advisory committee were considering the issue and “have yet to come to a decision as to whether they believe antigen testing has a role to play in Ireland.

Later, Minister for Transport Eamon Ryan confirmed that he would bring a recommendation to Cabinet on Tuesday that the Government introduce the EU traffic lights system, which classed regions as green, orange and red according to their level of risk.

Sinn Féin transport spokesman Darren O’Rourke said the DAA (Dublin Airport Authority) was ready to go with 15,000 antigen rapid tests and “there is an opportunity for the State to step in” and make a significant difference to the strategy.

Mr Ryan told eight TDs from the Cork and Shannon region that “a testing system is critical because in the absence of that the passenger numbers will stay very low and any supports will be marginal”.

TDs warned about the impact of the Ryanair decision on some 10,000 jobs in the wider region because of the lack of connectivity.

Mr Ryan said Cork will stay open because Ryanair flights will come in and out of the airport but he pointed out that 80 per cent of journeys normally taken at this time of year were from “red list countries” most affected by the virus.

“We do need a testing system to overcome that risk,” he said. “I hope it’s not too late, that there may be a possibility” to get a system in place and see some confidence returning.

“It would probably take a month or two and it’s not going to be easy because we are at very high alert levels.”

But he said they needed to plan for this and try to create conditions which can see a return of all flights to Cork airport and Shannon.