Tánaiste warns of risk to jobs with e-working from ‘Canaries, Ibiza, Poland or India’ 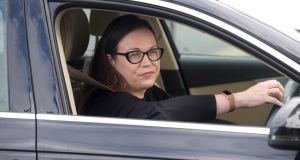 The Government plans to fund remote hubs in rural towns and villages over the next two years as part of the development of a State strategy on remote working.

Tánaiste Leo Varadkar said the strategy would be published by the end of the year and 522 submissions had been received in a public consultation process.

But he also warned that “we have to look at the risks to the country as well of people who currently live in Ireland perhaps remote working from the Canaries, or Ibiza or Poland or India. That’s a real risk to us in terms of losing jobs”.

He also said that a survey of public servants found that “around 10 per cent or 15 per cent are dying to get back to the office”.

That was “often younger people or people who are working out of the bedroom while somebody else works out of the sitting room - people in apartments”.

Mr Varadkar, who is Minister for Enterprise, Trade and Employment, said the move to remote working in recent months because of the pandemic “probably would have taken 10 years as a planned strategy”.

“When we were writing the Programme for Government we were thinking about how do we retain what we’ve gained in terms of home working.

“Within a few months we were wondering if we were ever going to get people back into the office because our city centres are in real trouble because of the lack of footfall.”

He was responding during Dáil questions to Sinn Féin spokeswoman Louise O’Reilly who called for “recognition for remote working as a protected form of work with particular safeguards, protections and allowances for those workers”.

And she called for “very specified legislation” because “remote workers could turn out to be some of the most vulnerable workers as it progresses and now is the time to have that conversation and to learn from the recent experience”.

Ms O’Reilly also said that “many people are living in overcrowded or unsuitable accommodation and for them working from home is not necessarily an option but remote working in a hub or similar would be an option and something you should be looking at”.

The Minister said funding for remote hubs, office desk space with all facilities, was available in his department and that of the Minister for Community and Rural Affairs.

“I’ve seen some really great ones around the country, particularly where it’s an old heritage building in the middle of the village or the middle of the town being brought back to life - maybe an old bank or an old post office and I think there’s great opportunities there.”

He also acknowledged the importance of remote working and legislation.

“It can provide benefits in terms of regional development, climate action and also work life balance and female entrepreneurship.”

He said legislation would deal with the right to home working and “the right to disconnect so that you’re not always at work when you’re at home, which would be really oppressive for people”.

“There is a commitment to introduce proposals on a right to disconnect with consideration for a role for the Work Relations Commission. ”