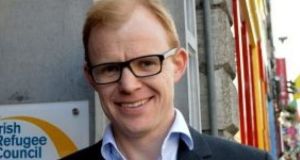 Nick Henderson: ‘I don’t say this lightly but we believe that is in clear breach of both Irish and European Union law.’

The Government is breaking national and international law by failing to carry out vulnerability assessments of asylum seekers upon arrival in this country, the Irish Refugee Council (IRC) has said.

An assessment of how vulnerable a person is when they seek asylum is a “crucial” and “major feature” of the European Union’s reception and conditions directive which was implemented in Ireland last year, Nick Henderson, IRC chief executive warned on Sunday, adding he was gravely concerned by the absence of such assessments.

“I don’t say this likely but we believe that is in clear breach of both Irish and European Union law,” Mr Henderson told RTÉ’s This Week programme.

In July 2018 the State formally adopted the European Communities (Reception Conditions) Regulations 2018 which recognises the socio-economic rights of asylum seekers and placed the conditions of reception centres on a statutory footing for the first time.

Under the directive, asylum applicants must have access to housing, food, clothing, healthcare, education for minors and access to employment under certain conditions.

Mr Henderson expressed concern around the number of asylum seekers currently residing in hotels and B&Bs being used as emergency accommodation. In December 2018 there were 210 people sleeping in emergency beds. This number had risen to 936 by the end of June 2019.

“The Refugee Council has consistently called for an end to direct provision and actively presented alternatives but the emergency system presents a whole range of new challenges,” he said.

“People are in and around 29 B&Bs, hotels and guest houses around 11 counties across the country. We find it very difficult to access people, we don’t know exactly where those locations are, people in those centres do not know their entitlements or services that they can access, it’s difficult to access medical cards, health supports, GP lists may be full. They also tend to be in quite remote places.”

Mr Henderson also called for the asylum procedural process to be streamlined and for the 780 people who have secured refugee status, but have not yet moved out of direct provision, to be considered part of the State’s wider homelessness rather than being singled out as a separate group.

Fianna Fáil justice spokesperson Jim O’Callaghan said the high number of people still stuck in the asylum system with status was “a consequence of the dysfunctional housing market we have in this country”. Asked whether the State was breaking legal commitments by failing to carry out vulnerability assessments, Mr O’Callaghan noted that 4,139 people had applied for protection since July 1st 2018 when the directive was introduced yet “not one has been assessed as being vulnerable and requiring special needs”.

“I would have real concern that an important part of the regulations, which is part of domestic law, is not being complied with since nobody has been assessed as vulnerable,” he said.

Minister of State for Justice and Equality David Stanton said people were offered medical assessments on arrival to help identify their specific needs but that the trauma some people experience may not emerge until weeks or months after their arrival. “Some of the issues might arise later on . . . we’re very alert to that.”

He added that a new national set of standards around the accommodation provided to asylum seekers would launch this week and come into effect from January 2020.