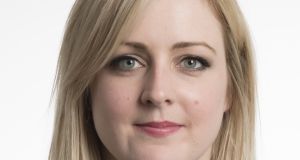 Sarah Jane Hennelly: “If I had a vote for every time people told me they were let down by Labour I’d be elected for sure”

The Social Democrats have rebuffed what they say are constant suggestions from senior Labour Party figures of a merger between the two parties.

Party chairwoman Sarah Jane Hennelly, who will be the party’s candidate in Limerick City at the next general election, said that overtures from Labour about merging the two parties were “an effort to resuscitate a party which has lost its core principles and public support”.

Ms Hennelly was reacting to recent comments by Labour TD Alan Kelly in which he praised the Social Democrats, and suggested the two parties should unite, along with other left-wing TDs.

Labour chairman and Siptu president Jack O’Connor has also made similar suggestions recently, while other senior figures have also expressed openness to the idea.

“The Labour Party continues to make reference to a merger on various public forums. On behalf of our members I would like to make very clear to the public that we have absolutely no intention of merging with the Labour Party.

“If Kelly and O’Connor are as serious as they say about strengthening social democracy in Irish politics then I suggest they head to our website and sign up as a member,” Ms Hennelly said in a statement.

She criticised the Labour Party’s record in government, saying that many of the party’s actions in the coalition government of 2011-16 ran “deeply against the core principle of any social democratic party which is tasked to stand up for the vulnerable, tackle inequality, promote fairness”.

“So, while Labour may claim they are social democrats the reality tells a different story,” Ms Hennelly said.

Labour, she said, “have lost their moral compass”.

She also said that Labour was “unwelcoming to new members and young people”.

“It’s become a party – like Fine Gael and Fianna Fáil – laden down by its own traditions and personalities. This is the crucial difference between our parties – we are open, democratic, we want new voices and new ideas. We do not condone fiefdoms or exclusivity.”

Ms Hennelly said the approaches from Labour had not been discussed by the Social Democrats’ leadership but it “would not even be open for discussion”.

“If I had a vote for every time people told me they were let down by Labour I’d be elected for sure. And what annoys people the most of that is they continue to deny how much they let people down. There’s been no apology.”

A spokesman for the Labour Party said: “There has been no approach about a merger, but the centre left in Ireland will never grow if different groups insist on attacking each other. That is why we have to work together to get policies implemented – which is our goal.

“We look forward to working with all social democrats, democratic socialists and progressives – of all parties and none – in the months ahead.”