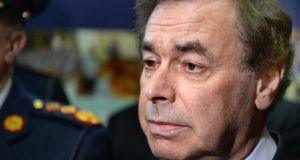 Ms Úna Ní Dhubhghaill, currently serving as a principal officer in the minister’s own department, was appointed following an internal competition. She takes up the role with immediate effect.

The appointment is authorised under the Charities Act 2009.

Announcing the appointment, Mr Shatter said: “I am pleased to announce this appointment which is an important step towards our goal of establishing the new Charities Regulatory Authority within 2014.

“The Charities Act gives us the framework we need to increase transparency and accountability across the charities sector and to support the good practice that is essential to a strong and vibrant charities sector.

“We can now move forward with establishing the Office of the Authority and putting its Board in place so that it can begin operation later in the year in line with the commitment made by the Government.”

The 2009 legislation is designed to provide a new regulatory regime for charities.

In addition to the Charities Regulatory Authority the Charities Act establishes a Statutory Register of Charities and sets out new functions ranging from advisory and monitoring duties to enforcement.

Its objectives include greater accountability, protection against abuse of charitable status and fraud, enhancement of public trust and confidence in charities and greater transparency in the charities sector.

The appointment comes as donations to charities fall following recent revelations about salaries in the sector and figures from the Department of Finance last month showed a €1.6 million drop in the income tax relief the exchequer gave on PAYE donations to charity.

The chief executive’s position will be paid according to the civil service’s principal officer higher scale.

The agency will be formally established later this year and it is expected that the board will be appointed by Easter.

In addition to the chief executive, an initial staff of ten is to be assigned to the agency from within the existing staff of the Department of Justice.