Rural areas have most to gain from drink-driving Bill, says Ross 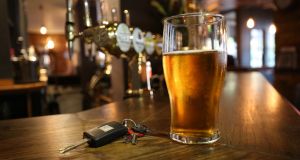 Shane Ross: “I am not proposing to lower alcohol limits. What this Bill is about is ensuring proper consequences when people drive while over the existing limits.” File photograph: Philip Toscano/PA Wire

Minister for Transport Shane Ross believes proposed new drink-driving legislation will save lives in rural Ireland where it is most needed.

At the Oireachtas Transport Committee on Wednesday, Mr Ross will say concerns from rural TDs that the Bill would damage life in rural Ireland are unfounded.

“I would encourage them to stop and think about this. By far the highest number of alcohol-related road deaths – 81 per cent – occurs in rural Ireland. No part of the country would benefit more in terms of lives saved. I want to save lives in rural Ireland,” he will say, according to a copy of his speech circulated on Tuesday.

Mr Ross will say while the Bill had widespread support, “certain vested interest groups, particularly The Vintners Federation of Ireland, have lobbied – often in quite a cynical manner – against it.”

“I am not proposing to lower alcohol limits. What this Bill is about is ensuring proper consequences when people drive while over the existing limits. The current limit is not changing.

“For some years there was a belief that we were witnessing a culture-change, and that it had become less socially acceptable to drink and drive. If that was ever true, it isn’t any more. Drinking and driving is again a major problem, and one we need to address.”

Mr Ross will speak at the legislative discussion of the Road Traffic (Fixed Penalty – Drink Driving) Bill 2017 at an Oireachtas committee meeting on Wednesday.

Mr Ross will say there should be no doubt about the figures because of the recent issues over figures coming from An Garda Síochána,

“The figures I am quoting are based on specific notices issued to specific individuals detected and arrested for drink-driving offences and follow a determination of the detected alcohol levels by the MBRS [Medical Bureau of Road Safety]. They are absolutely reliable.”

“I want to be absolutely clear that the data and research supporting this Bill is, in no way, related to the current controversy in the gardaí,” said Mr Ross.

Proposed heads of a Bill aim to increase the penalty for drivers caught with a blood alcohol concentration of between 50mg and 80mg per 100ml, from three penalty points and a €250 fine if it is a first offence, to an automatic driving ban.

Mr Ross said from 2012-2016, 3,003 fixed-penalty notices were issued to drink-drivers in the 51mg-80mg alcohol concentration bracket, with numbers increasing significantly during 2016.

He said the Bill would have a positive impact, and deserves to be supported and introduced as a matter of urgency.