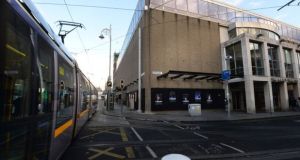 The tourism sector faces a “rapid acceleration” in insolvencies after Christmas as the impact of the pandemic continues to place severe pressure on businesses, the Government will be warned on Wednesday.

While the industry is grateful for existing Government supports, they are not sufficient. He will tell the committee on tourism “the severity and longevity of public health restrictions mean that for many businesses the current level of support is not going to be enough”.

In his opening statement to committee members, which has been seen by The Irish Times, Mr Kelly states that: “We have already seen some insolvencies and we are likely to see a rapid acceleration in this after Christmas unless something significant changes.”

He will say that while tourism will recover, the speed at which it does so “will be primarily determined by how many tourism businesses have received the support they require to stay solvent”.

The Government is also coming under pressure over supports to the live entertainment sector after it emerged that theatres will not be allowed to reopen now or over the festive period.

This is despite the fact that museums, galleries and cinemas reopened on Tuesday as the second national lockdown came to an end.

The Department of Health’s chief medical officer, Dr Tony Holohan, said on Monday that the difference in risk between cinemas and theatres had not been considered by the National Public Health Emergency Team.

In a statement on Tuesday night, a spokeswoman for the Department of Arts said it was “not possible at this time to allow for live entertainment including live theatre performances to return other than in very limited circumstances outdoors”.

“Live performances indoors is a complex issue with a greater range of venues and types of performances than is found, for example, in cinema. These matters have been discussed by Government and will continue to be examined in consultation with the sector. Minister Catherine Martin is deeply engaged in this process, meeting groups, including in theatre, about these issues.

“The disappointment of theatre practitioners who demonstrated diligence and responsibility in their approach to the challenges posed by Covid-19 is wholly understandable. We all want to see the return of live performance as soon as possible and the Minister and her department will continue to work with the Arts Council, Theatre Forum and other stakeholders towards that objective.”

The Government is instead encouraging people to “engage with online shows, which include concerts, gigs, pantos, theatrical experiences and comedy”.

Fianna Fáil Senator Malcolm Byrne said he “cannot figure out why theatres have been excluded. Theatres were able to open in a safe, socially distanced fashion before and should be permitted to so do again.

“I’m disappointed that Nphet didn’t even think about theatres and this is concerning given the impact that their decisions have on the cultural sector.”

Meanwhile, there were a further 18 deaths from Covid-19 reported by Nphet on Tuesday evening, as well as 269 new cases of the virus . Of these deaths, one was in October, 15 were in November and one is under investigation.

Separately, the number of coronavirus deaths in Northern Ireland has passed the 1,000 mark, according to the latest figures from the North’s Department of Health.