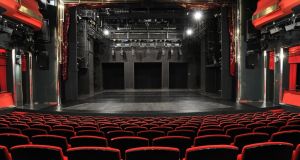 While cinemas, museums and galleries reopened as the country moved out of Level 5 on Tuesday but theatres are not permitted to reopen.

A Government Senator on Tuesday said the chief medical officer gave a contradictory message over the re-opening of cinemas but not theatres.

Fine Gael’s John Cummins said there is no difference between a cinema and a theatre in terms of audience as he called for such venues to be allowed to open, when they could operate with proper social distancing.

He also called for bingo venues to be allowed to re-open when they can operate within the guidelines.

While cinemas, museums and galleries reopened as the country moved out of Level 5 on Tuesday but theatres are not permitted to reopen.

The Waterford Senator said that Dr Tony Holohan, when asked to explain if there is a particular risk associated with theatres over cinemas, said that Nphet (National Public Health Emergency Team) had not given any consideration to distinguishing between the risks that applied to the two settings.

“He went on to say that cinemas are allowed to open in Level 3.” Mr Cummins said “that is a contradictory message. The reason no consideration has been given to it is that there is no difference between a cinema and a theatre.”

Referring to the arts sector, theatres and venues that were still not able to open after the six weeks’ lockdown, Mr Cummins said that in Wateford “the Theatre Royal opened successfully without cases when restrictions were eased during the summer.

“It can hold 90 audience members across three floors with 2 m social distancing in place. The theatre would be happy to operate with just 50 patrons.”

He said the arts sector was “not about making money” but “about ensuring that engagement is maintained for artists and audiences in order to keep the sector alive”.

Mr Cummins also pointed to the a bingo venue the Forum Waterford which has to remain closed under Level 3. “Nobody can tell me that a venue which has the capacity to hold 600 people cannot operate safely with 50 patrons in attendance.

“People can scoff at the idea of bingo, but Forum Waterford is an alcohol-free and socially-distanced venue that can operate safely and that should be allowed to do so.”

Fianna Fáil Senator Malcolm Byrne agreed that “it does not make sense that cinemas, galleries and museums can open, yet theatres, which are safe and controlled environments, are kept closed.

“We will see far more people in retail outlets and supermarkets over the next few weeks than we will see in theatres.

“When theatres were permitted to open earlier this year, they were able to do so in a very safe and controlled way and they provided people with an opportunity for entertainment.”

He said consideration should be given, in particular coming up to the Christmas period, to examining how theatres can reopen.