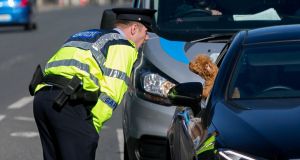 The severe financial constraints facing the next government, with the State facing a potential deficit of € 30 billion by the end of the year, will be the major feature in a key day of government formation talks on Wednesday.

Minister for Finance Paschal Donohoe is said to have given Fine Gael colleagues a sobering preview in recent days of what he will tell the Green Party and Fianna Fáil.

It is understood he stressed the tightened financial circumstances in which the State now finds itself, such as recent projections of a deficit of €30 billion by the end of the year if economic recovery from the Covid-19 crisis is not as quick as expected.

It comes against a backdrop of concern among some senior figures in Government that expectations about the room for manoeuvre for the next administration need to be tempered, and some realism injected into the debate on a potential programme for government.

One well-placed source said there could be conflict between the Green Party’s desire for capital expenditure and the view of Fianna Fáil leader Micheál Martin and Fine Gael’s Leo Varadkar to avoid cuts in welfare rates and increases in income tax and the Universal Social Charge.

Numerous Fine Gael sources claimed the economic briefings will test the appetite of the Greens, in particular, to take part in a government that must take tough decisions over the coming months and years.

A Fianna Fáil source said the discussions on the economy and the public finances will “set the context on everything that can be prioritised and achieved”.

There is also a view in Government that in order to maintain the confidence of the markets, Ireland should avoid accessing emergency EU funding aimed at helping EU states emerge from the Covid-19 crisis. The European Union last month agreed a rescue package worth €500 billion.

Wednesday afternoon’s talks on the economy will be a full plenary session, with the core groups of negotiators from each party participating in full. Other sessions – such as those on justice and housing in recent days – have seen smaller groups take part.

The Green Party’s demands that Ireland’s carbon emissions should reduce by an average of 7 per cent a year continues to cause concern in Fianna Fáil and Fine Gael.

Fine Gael Minister Paul Kehoe in recent days told a conference call of party members that his rural Wexford seat could be at risk if a new government did not protect agricultural interests.

Mr Martin on Tuesday said a new government needs to be formed soon because of the significant challenges ahead for Irish society and the economy.

The country needs a government that is able to make decisions for the long term “without too much short-termism”, he said.