HSE: examination will be completed on Monday and women will be notified 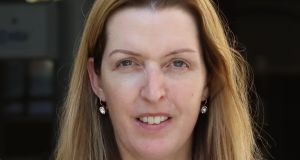 Vicky Phelan from Co Limerick who last week settled her High Court action for €2.5m against a US laboratory over a 2011 smear test. Photograph: Collins Courts

More than 2,000 people contacted the Health Service Executive’s CervicalCheck programme over the weekend.

The helpline was established on Friday in response to revelations that 206 women had a delay in their cervical cancer diagnosis.

It opened on Saturday morning at 9am and has fielded a significant amount of calls since. Some 614 contacts were made before 1.30pm on Sunday.

A spokesman for the HSE said the process of calling each individual back has begun and may take between 10 to 30 minutes depending on the nature of the call.

Minister for Health Simon Harris had sent in a senior team to CervicalCheck over the weekend to assess the files of the 206 women affected by this controversy.

They were asked to examine each case and investigate if each of the women involved were informed of the delayed diagnosis.

The information has to be verified from 13 sites across the country, a process the HSE has said had proved challenging.

The information will be given to Dr Colm Henry, a national director with the HSE, who will inform director general Tony O’Brien of the results.

Once the review has been completed, all of those women that have not already been contacted will be informed of the outcome.

The HSE spokesman said: “These women will be contacted over the course of Monday and offered an appointment during the week to discuss the findings of the audit as concerns them.

“This is likely to be a complex task due to the numbers involved and the availability of those being contacted, some of whom are outside of the jurisdiction either temporarily or permanently.”

The Minister for Health had told CervicalCheck to facilitate further smear tests for women whose GPs feel it is necessary. Mr Harris has also committed to covering the cost of these retests.

The controversy has continued to develop over the weekend and the head of the CervicalCheck programme, Dr Gráinne Flannelly, stood down on Saturday.

Ms Flannelly resignation came after concerns were raised following a court case taken by Limerick woman Vicky Phelan, who was not told about an incorrect 2011 smear test until September 2017, despite a 2014 audit by CervicalCheck showing that the test was wrong.

Ms Phelan (43), a mother of two, has since been diagnosed with terminal cancer and the court case heard she may have only months to live. She last week settled her High Court action for €2.5 million against a US laboratory over the 2011 smear test.