Victor Boyhan tells Seanad ‘we’ll be here for many, many months yet’ 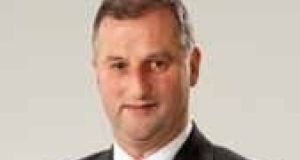 Opposition Senators have signalled their intention to challenge legislation on the reform of how judges are appointed to prevent it becoming law before the next general election.

The controversial Judicial Appointments Commission Bill, already passed by the Dáil, has been debated by the Seanad for 122 hours to date and the Independent group of Senators has been accused of filibustering on the legislation.

But Independent Senator Victor Boyhan said they were doing a job to rigorously pursue and tease out all the issues in relation to the legislation and he warned that “we’ll be here for many, many months yet”.

He said he was in favour of reform of the judicial system and he supported lay involvement in the process “but I do not support the removal of the major function of the Chief Justice”.

One of the central elements of the legislation which has been championed by Independent Alliance TD and Minister for Transport Shane Ross, is that the commission charged with appointing judges should have a lay rather than legal majority and a lay person as chair rather than the Chief Justice.

Mr Boyhan said he sympathised with Minister for Justice Charlie Flanagan who is steering the Bill through the House that he had been in the chamber for more than 100 hours and “I share your frustration”.

The Dun Laoghaire-based Senator said the current Government had already appointed 58 judges - a further three were appointed on Tuesday evening.

He said it was an impressive list of judicial appointments that the Government should be proud of and he asked “why change it”. He said the current system of appointments worked well.

The Independent group of Senators has introduced a list of amendments in the report stage to prevent a lay majority on the commission to appoint judges.

Independent Senator Gerard Craughwell said they were “hammering through this Bill to satisfy one person” in reference to Mr Ross.

But he said if the Bill was passed it would be Mr Flanagan’s Bill “for perpetuity”. He told the Minister: “The Bill is in your name but it’s not your Bill.”

Another man “in his new electric car outside Stepaside Garda station (will be) grinning from ear to ear knowing that he got away scot free and you’re left carrying the can for what was described not long ago as a dog’s dinner”.

Later there were heated exchanges as Mr Craughwell attempted to push a number of amendments back to committee stage, which would lengthen the process.

Fine Gael Senator said the Bill should not be a “charter to filibuster”.

The Minister said that “this House has a disposition to do more than just throw up every procedural angle available in order to ensure this debate is slowed down”.

He appealed to Leas Chathaoirleach Paul Coghlan not to de-couple a particular group of amendments because it could give rise to a contradiction in the legislation.

“I advise against the type of decoupling that we had at an earlier stage that resulted in contradictions in the Bill,” he said.

The Bill was re-introduced last week with 78 amendments after it passed committee stage before the summer recess when Mr Flanagan said it would require significant re-working. Just under half of the amendments are Government changes.