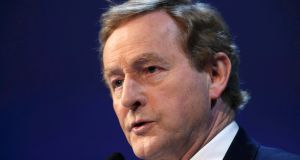 “I retain confidence in the Commissioner to see the changes recommended independently are being rolled out and timelined,’’ Enda Kenny added.

The Taoiseach was replying in the Dáil on Wednesday to Labour leader Brendan Howlin who said his party would support the process of Garda reform if it was satisfied it was fully independent.

Mr Kenny said the Garda inspectorate had produced a very clear report and the Tánaiste Frances Fitzgerald would provide updates on its implementation.