No starting date set for minimum unit pricing on alcohol 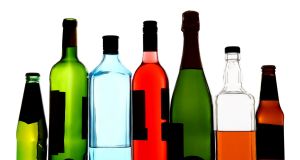 Two years after legislation to combat harmful drinking was passed, the implementation of one of its main provisions, minimum unit pricing (MUP), could take a further two years.

The Oireachtas passed the Public Health (Alcohol) Act on October 17th, 2018. Alcohol Action Ireland head of advocacy Eunan McKinney said there is, however, no starting date for the “difficult stuff”, also including labelling on all alcohol products of the links to cancer, the 9pm broadcasting watershed for alcohol advertising, and restriction on the content of advertising to make it “utilitarian” with “no hero, no glamour”.

The legislation aims to combat harmful drinking,and vice-president of the European Alcohol Policy Alliance Peter Rice said there is great international interest in Ireland’s legislation and its implementation.

“Many countries are envious of this model legislation because is it such a well-structured, evidence-based law that follows WHO best practice,” he said.

But while the Irish legislation is stronger than Scottish law, it has yet to introduce minimum unit pricing, which Scotland did in 2018 after a five-year legal battle with the drinks industry.

Dr Rice was an NHS Scotland leader in the campaign there to introduce the measure, a “floor price” below which a unit of alcohol cannot be sold. In the two years since it has been in place, consumption is at its lowest rate in 25 years and hospital admissions for liver disease in the lowest-income groups have been cut, he said.

In Ireland the programme for government pledges to introduce MUP simultaneously with the North. Northern Ireland’s Minister for Health, Robin Swann, is developing a substance abuse strategy, delayed because of the pandemic. A spokesperson said there is a commitment to hold a public consultation on unit pricing “within one year of the strategy being finalised”, but it is hoped it will be issued for consultation “in the very near future”.

In Dublin a Department of Health spokeswoman said Minister of State for Public Health Frankie Feighan wrote to Mr Swann in September “to emphasise the importance of the measure and to offer any assistance” on its introduction.

Seven years ago the then government approved joint North-South simultaneous implementation “to allay concerns that its introduction in one jurisdiction only would impact on cross-border trade”.