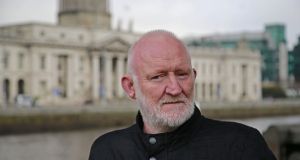 Conor Skehan has been reappointed as chair of the Government’s Housing Agency. Photograph: Nick Bradshaw

Minister for Housing Eoghan Murphy has reappointed Conor Skehan as chair of the Housing Agency for another year, after being unable to attract any “suitable” candidates to the role.

Mr Skehan has served as the agency’s chair since 2013 and was due to step down on December 12th last. Mr Murphy has made the reappointment until December 31st next, despite distancing himself this week from Mr Skehan’s comments on homelessness.

In an interview published in The Irish Times earlier this week, Mr Skehan said the Government may have “unwittingly” encouraged people to exploit the housing allocations system by prioritising homelessness in the allocation of social housing. This may have led to families “gaming the system” by declaring themselves homeless to jump up the housing waiting list, he said.

Mr Skehan previously said Ireland’s housing crisis was “completely normal” and its level of homelessness is one of the lowest in Europe.

Mr Murphy has said he had “no evidence” to support Mr Skehan’s comments.

“I’ve no evidence in my department of people presenting or trying to game the system,” Mr Murphy told reporters on Wednesday. “What I think Conor Skehan was saying is that it may have been an unintended consequence of previous government policy. Homelessness is a very complex issue. People find themselves in very difficult situations in their lives through no fault of their own.”

In a statement on Friday, the Department of Housing acknowledged Mr Skehan had been due to step down from the role last month, but said it had yet to identify a suitable replacement.

“In the meantime, the Minister has asked Dr Skehan to stay on as Chair until a replacement has been appointed. Dr Skehan’s re-appointment has been made on a temporary basis for a period of up to one year.”

However, it said he will be released earlier, if a replacement can be found.

“As soon as a suitable replacement has been identified through the normal Public Appointment Service arrangements, the Department will then make the necessary order to appoint him or her in Dr Skehan’s place.”

Mr Skehan told The Irish Times it was his understanding nominees had been chosen, but turned down the offer. “The Minister and I are happy I remain to provide stability until this process is completed and a successor has been found.”

Fianna Fáil’s housing spokesman Barry Cowen said Mr Skehan should not have been re-appointed as his comments in recent days are “disgusting, insensitive and over the top”.

Sinn Féin TD Eoin Ó Broin said the credibility of the Housing Agency had been undermined by the re-appointment.

“It suggests that Minister Murphy may in fact support Conor Skehan’s controversial views,” he said. “Minister Murphy should reconsider this ill though out decision and appoint a different chair without delay.”