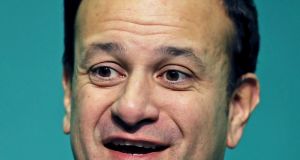 A voluntary rural resettlement scheme could be considered to help address the country’s housing crisis, Taoiseach Leo Varadkar has said.

Such a scheme would see families moving from local authority housing in congested urban areas to homes in rural Ireland.

The Taoiseach said the move would only be “part” of the solution to the housing shortage.

“But I think it would only be a small part of the solution because ultimately as people leave the cities and move to a very rural area, they are often breaking their connections with their family and their neighbours and the people that they know.

“That’s not always an easy thing to do. So certainly I think there’s room for it. Obviously, it would have to be voluntary and maybe part of the solution, but I don’t think it’s going to be a major part of it,” he said.

This autumn there were 1,463 families accessing emergency accommodation.

The housing conference, which follows on from the first one in September, will examine how local authorities can use their powers to bring vacant housing back into use.

The Taoiseach said work has been done on a vacant home tax to help address the crisis, and that work is expected to be completed next year.

But he warned it “isn’t as straightforward as it seems”.

“There are wildly varying estimates as to what a vacant home is. And then bear in mind why sometimes a home is vacant; somebody might be away for a few months working in Dubai or working in America, or somebody may be in a nursing home. There’s lots of different reasons why a home may be vacant,” he said.

Mr Varadkar added that before vacant properties are taxed an understanding is needed as to the number of vacant homes there really are, where they are and why they are vacant.

“I know two local authorities have actually gone out to look at the vacant homes and find out there are people living in them, so there may not be as many as we think,” he said.

In its attempts to address the housing crisis, Louth County Council used compulsory purchase orders to bring 51 vacant properties back into use.

Mr Varadkar said he believes that is a good model that could be followed in the future.–PA