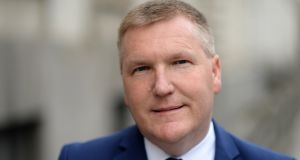 Six weeks at Level 5 is expected to cost the State almost €500 million extra in pandemic unemployment payments (Pup) and business support schemes, it has emerged from figures revealed in the Dáil.

The number of people on the Covid-19 pandemic payment rose by more than 100,000 to 350,000 in the move from Level 3 to Level 5 restrictions and Minister for Public Expenditure and Reform Michael McGrath said the weekly pandemic payment rate increased from €66 million to €104 million.

“Some of that is accounted for by the reinstatement of the €350 per week rate, but the move to Level 5 and the extra 100,000 recipients have had an impact,” he said.

“That number could increase further because of a time lag, though we certainly hope and expect to be out of level 5 in two weeks.”

The cost of the Covid Restrictions Support Scheme (CRSS) rose by €40 million a week. The scheme aims to support businesses subjected to significant Covid-19 restrictions.

The Minister said “these are significant sums. They have an impact and, alongside the overarching objective of keeping our people safe, they are a factor in Government decisions.”

As warnings were raised of the possibility of going back to Level 5 restrictions next year Mr McGrath stressed they had to keep people safe and invest in public health but “we must only impose restrictions where we believe they are absolutely necessary”.

The Minister said the 2021 expenditure report set out social protection measures costs at just over €30.3 billion with the Christmas bonus payment amounting to an extra €400 million but cost increased again to over €31.5 billion with the introduction of Level 5 restrictions.

Government backbencher Jim O’Callaghan, who raised the issue said it was right that the Covid-19 pandemic payment went back to €350 given the imposition of Level 5 restrictions and the CRSS scheme was much needed.

But he said “this all costs money”.

The Fianna Fáil TD added that imposing Level 5 restrictions effectively closed down a large part of the domestic economy including retail outlets, hairdressers and restaurants. “We need to be careful if pressure is put on us to go back into level 5 at some point next year. We have seen that level 3 can be very effective.”

If there is a call for Level 5 again “it will be perfectly legitimate for the Minister to express the concern that if we start spending significant amounts again, we may not be able to afford other services”.

Mr McGrath said the impact of Level 5 was acute on sectors of the economy with the largest number of workers, approximately 103,000, coming from the accommodation and food sector.

The wholesale and retail trades accounted for some 57,000 unemployed while hairdressers, beauty salons and others included approximately 31,000 recipients of the pandemic payment.

He stressed it was not a “direct competition between health and the economy. The job of the Government is to weigh up competing considerations.

“Our first priority has to be helping to keep our people safe and investing in our public health service. We must only impose restrictions where we believe they are absolutely necessary.

“The Government’s response, focused on supporting businesses and incomes and protecting employment where we can, has been noteworthy,” he said.

“A lack of confidence in public health can also impact the economy. We need to get both right.”

‘If you apply for a driving test now, you might get one by June’ 21:37
UK government to announce decision on Finucane murder inquiry 21:05
Sinn Féin TD Brian Stanley apologises for ‘inappropriate’ tweet 20:38
Government may yet face hardest call on Covid-19 restrictions 20:22
Gardaí predict increased number of shebeens over Christmas 19:34