Labour’s expected resurgence swept away by the Green wave 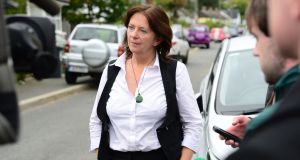 In the weeks leading up to election day, a certain sense of optimism had crept into the ranks of the Labour Party.

RTÉ’s exit poll has shown, however, that the party still faces an uphill battle.

Six per cent of those polled by Red C indicated that they supported the party.

In early tallies and counts across the country, the mooted Labour resurgence appears to have been dimmed by the now established Green wave.

Party strategists are hoping for at least an extra ten seats. The real aim, however, is to hold their current 46 seats, but the tide is already against them with only 37 seeking re-election.

Where Labour candidates are topping the polls in tallies, some political strategists have mused that this is down mainly to the strength of the candidate rather than the allure of the party itself.

For example in Glencullen, Co Dublin, Lettie McCarthy looks set to top the poll, according to tallies, with a sizeable 22 per cent of the vote.

Locally, she is well known and well liked, and some believe that voters’ allegiance is to her and not necessarily the party.

There are some victories though, with indications that first-time candidate Michelle Hall will be the first elected in Drogheda Rural.

And in areas like the South East Inner City in Dublin, where the party was punished after the 2014 local elections, there are encouraging signs.

First-time candidate Kevin Donoghue may take the fourth seat with 8.6 per cent of the vote on tallies.

Having said all that, there is no doubt that the party has a mountain to climb and the early indications indicate a disappointing weekend.

In Ballymun Finglas, Andrew Montague – the man behind the hugely successful Dublin Bikes scheme – may lose his seat.

Strategists spent much of Saturday collating the country-wide tallies and sizing up where they might lose or win.

In the vast majority of areas – such as Galway, Kildare, Kilkenny, Carlow – the best hope is to just hold on.

The highest hopes are being pinned on areas like Waterford, Limerick and Westmeath.

Privately, TDs in the party are reassuring themselves that they may benefit from transfers from other parties on the left. This remains to be seen.

It appears that five years on from the first of two disastrous elections for Labour, it is still struggling to find relevancy.

Should the weekend end on a sour note, questions will surely be raised about the leadership of Brendan Howlin.