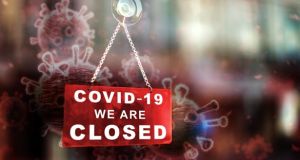 Poll responses suggest that the country wants to get on with reopening as soon as possible and certainly before the summer – but not so quickly that it would pose a danger of a resurgence of the virus and a threat to those most vulnerable to it. Illustration: Paul Scott

There is strong support for reopening society and the economy as soon as possible, according to the latest Irish Times/Ipsos MRBI opinion poll, with only a minority favouring a long lockdown until the virus has been eliminated.

The poll also shows that the zero-Covid approach is not endorsed by a large majority of respondents, who say they want things to get back to normal once the elderly and vulnerable have been vaccinated.

The responses to a variety of questions on Covid policy preferences suggest that caution about reopening is vying with impatience for a lifting of the lockdown.

Taken together the responses suggest that the country wants to get on with reopening as soon as possible and certainly before the summer – but not so quickly that it would pose a danger of a resurgence of the virus and a threat to those most vulnerable to it.

Today’s numbers also suggest that there is strong support for the opening of schools as soon as possible. Asked their views on various aspects of reopening and when they should take place, 44 per cent of respondents said that schools should reopen “immediately”, with a further 36 per cent saying they should reopen before the summer.

There is also strong support for construction to reopen, with 43 per cent favouring an immediate reopening of sites, with a further 45 per cent saying it should happen before the summer.

By contrast, there is much weaker support for an immediate reopening of non-essential retail, pubs/restaurants and for the lifting of restrictions on travel and home visits.

Just 15 per cent of respondents favour an immediate reopening of “all non-essential retail and services” while only 6 per cent favour the reopening of pubs and restaurants. There is majority support for retail to be reopened before the summer, with 55 per cent in favour, but the desire for pubs and restaurants to reopen is much weaker, with just 33 per cent saying they should open their doors before the summer.

(If you are reading this on the Irish Times app, the full results can be accessed here)

On travel and home visits, respondents are cautious, with most favouring reopening before summer rather than immediately.

On allowing people to travel outside their own county, 24 per cent said this should be implemented immediately, with 50 per cent preferring before the summer.

On allowing people to visit each other’s homes, the numbers are similar – 18 per cent favour an immediate reopening, 58 per cent before the summer.

The mood for reopening is confirmed when voters are asked about their attitude to zero-Covid, which would keep a lockdown in place until Covid-19 has been virtually eliminated, thus allowing for society to reopen fully at that point.

Three in 10 voters (30 per cent) backed the zero-Covid option, while 68 per cent said they were in favour of “getting back to normal once the elderly and vulnerable have been vaccinated”.

The poll was taken on Monday and Tuesday of this week, with researchers interviewing 1,200 adults by telephone. A return to telephone sampling was necessitated by pandemic restrictions, while the October poll used face-to-face interviewing. The accuracy level is estimated at plus or minus 2.8 per cent.