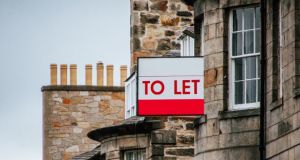 Health and housing are by far the two most important issues to voters in the general election campaign, according to the latest Irish Times/Ipsos MRBI opinion poll.

Asked which issues would have the most influence on their vote, 40 per cent of voters said health was their most important issue, while 32 per cent said housing.

These two issues vastly exceed the importance voters attach to the economy, climate change and Brexit as issues which they say will influence their vote.

Just 8 per cent mention the economy as the most important issue, while a further 7 per cent opt for “value for money in public spending”.

A further 7 per cent say that climate change is the issue which will decide their vote - a level very similar to Green Party support as measured in the current poll, which was at 8 per cent.

Management of Brexit - one of the main planks of the Fine Gael campaign so far - is cited by just 3 per cent of respondents to the survey.

The poll found a sharp drop in Fine Gael support since last October, with Fianna Fáil leading in the general election race by 25 per cent to 23 per cent. Support for Sinn Féin jumped by seven points to 21 per cent.

The poll was taken on Thursday, Friday and Saturday of last week among 1200 voters at 120 sampling points across every constituency in the country. The margin of error is estimated at 2.8 per cent.

There are significant regional variations in the importance that voters attach to the various issues. Voters in Munster and Connacht/Ulster are much more concerned about health, for instance, than their counterparts in Dublin.

In Dublin, 30 per cent of respondents cite health as the issue which will most influence their vote, but in Munster it is 50 per cent and in Connacht/Ulster it’s 47 per cent. Rural voters in general (47 per cent) are more likely to cite health as the number one issue than urban voters (37 per cent). The oldest voters are also overwhelmingly more concerned about the health issue (60 per cent) than the average.