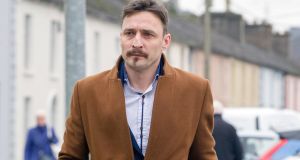 Laptops, printers, tablets and scanners are among the pieces of IT equipment not returned to the Oireachtas by politicians after they lost their seats or left office, figures show.

In total, 15 pieces of IT equipment are recorded as outstanding from the offices of nine former TDs and senators despite requests to return the appliances. The figures compiled by the relevant Oireachtas service were released to The Irish Times following a Freedom of Information (FoI) Act request.

One-third of the equipment that has not been returned is listed as having been issued to former Labour Party senator James Heffernan. The inventory of outstanding items in his case includes a laptop, printer, scanner and workstation.

Mr Heffernan lost the Labour whip in 2012, and later unsuccessfully stood as a general election candidate for the Social Democrats in 2016.

Earlier this year he was found guilty of assaulting three gardaí following his arrest outside the Indiependence music festival in Co Cork. In response to queries on the outstanding IT equipment, Mr Heffernan said: “F**k off.”

A recent internal Oireachtas audit found there was “no formal process in operation at present for retrieving equipment” after members retired or lost their seats.

Former TD and current Fianna Fáil councillor Colm Keaveney is listed as failing to return a tablet issued in 2014. However, when contacted Mr Keaveney said he had previously written to the Oireachtas and was confident the “matter is resolved”.

According to Oireachtas records other equipment not returned included a laptop and a tablet issued to former Fine Gael TD James Bannon, who could not be reached for comment.

Former Labour senator John Kelly is recorded as failing to return a laptop and scanner, and former Labour junior minister Ann Phelan a scanner provided to her office in 2014. Attempts to contact the pair through the Labour press office were unsuccessful.

An internal audit into how the Oireachtas manages IT equipment provided to staff or members was completed in January 2019.

The audit, seen by The Irish Times, found a “significant” failing in relation to the controls in place to protect data processed on IT equipment by members and staff, which included laptops, tablets, mobile phones and off-site printers.

“Mobile technology security may be compromised by failure to implement robust security controls,” it found.

The audit found one in five members of the Oireachtas had not returned completed data processing agreements, required to protect information held on State-owned equipment.

In response the Oireachtas said it would require members to sign all necessary agreements to do with data processing and usage policies before they could receive equipment in future.

The audit also found more clarity was needed from management on the responsibility for “recovering assets” owned by the Oireachtas from former members.

“There is no formal process in operation at present for retrieving equipment from members after they leave,” the audit said.

Failure to recover the equipment could “impact negatively on the reputation of the House”, it said.

A spokesman for the Oireachtas said following the audit an updated security framework for IT equipment use was being drawn up.