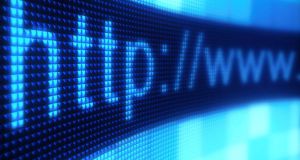 The launch of an online database of 70,000 people buried in Mount Saint Lawrence Cemetery is the first in a series of cemetery projects aimed at establishing a social history of Limerick. The holy grail for any digital campaign manager is to have ordinary people share their message

This looks set to be a bad election for traditional Irish electioneering, and a good one for digital campaigns. A brief, rainy campaign, and greater security, is grim news for canvassers. Meanwhile, short, dark days limit the value of street posters. So here are five things to watch out for in political parties’ social media campaign.

The holy grail for any digital campaign manager is to have ordinary people share their message. When it first emerged over a decade ago, social media allowed candidates to engage directly with people, but most importantly, to get those people to share their campaign’s content with their friends and family. Up until a few years ago, upstart campaigns could capture public attention with pithy, funny or emotive posts, reaching new audiences as content spread, virally, from person to person.

However, changes to the design of platforms such as Facebook have led to a decline in the reach of organic, or unpaid, posts. Manufacturing “virality” is now a profession. Parties and candidates with enough cash can hire experts who claim they can game the system and get us sharing anyway. Some tactics are legitimate, involving the careful production and message testing of high-quality, eye-catching content. But tactics can also include using bots or fake accounts to make content appear popular, or the use of outrage or provocation to encourage “hate-sharing”.

With virality harder to achieve, parties and candidates often have to buy social media advertising to get their videos and messages out.

The misuse of political ads was big news after the 2016 US presidential election and Brexit vote, and to some extent our own 2018 referendum on the Eighth Amendment, with “fake news” and accusations of overseas interference and campaign finance violations causing headaches for Facebook, Google and Twitter.

Facebook and Google have since cleaned up their act, building searchable ad archives, and requiring “authorisation” for political ads. Twitter went further, banning political ads outright. Issues still remain about the use of personal data in ads, in particular as parties can create custom audiences to deliver different messages to different communities.

There have also been questions raised about their effectiveness. Research suggests that digital advertising might not change minds, but it can entrench people’s party affiliation or core beliefs, and affect their willingness to vote.

Most of this research is done in two-party systems like the US and UK. If the polls are right, some 45 per cent of us will not vote for one of the two major parties on February 8th, so it could be different here.

Equally, however, there has been little or no research out looking into the effectiveness of social media campaigning in a single-transferable vote system that Ireland operates, but which few other countries do.

Irish politicians are perhaps uniquely dependent on second-, third- and sometimes eighth-preference votes. Winning is about getting as wide a number of people in your constituency to know your name and face as possible.

Some online campaigns can involve deception, and these are harder to detect. “Fake news” or disinformation is now just as likely to circulate on closed WhatsApp groups, with screenshots forwarded from group to group.

Another phenomenon to watch out for is “Astroturf” campaigns, where accounts, or indeed networks of profiles and websites, are set up to mimic local groups or support for a candidate or cause.

Tactics deployed can include taking extreme positions on controversial issues to “bait” opponents into sharing the original messages. In some countries, campaigns have been run to discourage people from turning out to vote.

Darker tactics are no longer just the practice of fringe groups. During the UK general election, the major parties posted large amounts of low-quality trollish, or ironic memes to capture attention. Such practices are crudely known as “s**tposting”.

During the British election major parties posted distorted videos, the Conservatives chose to “reskin” their Twitter account so that it represented itself as a neutral fact-checker, while search results were “gamed” to drive voters to biased websites.

Irish electoral law has yet to catch up with digital campaigning, since we are still in the same legal landscape we were in May 2018 when Google temporarily withdrew their political advertising product from Ireland over concerns about election integrity.

This election, we will again rely on good faith by candidates, the scrutiny of journalists and digital campaigners. It is not controversial to say that this is an untenable situation, and one the new Dáil will need to have high on its agenda.

Liz Carolan is a transparency campaigner