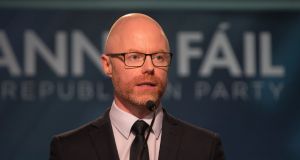 Fianna Fáil has said it will spend an extra €2 billion on the health service on top of normal increases, as well as recruiting thousands of additional staff, if elected.

The party says it will allocate €2 billion of the €11 billion estimated to be available in unallocated resources (formerly, the fiscal space) to health over the lifetime of the next Government.

Its plans include a doubling of investment in the National Treatment Purchase Fund, a “guarantee” that no patient will have to wait more than six months for treatment and 2,600 more hospital beds over the five-year term of a government.

At the launch of its health proposals on Monday, the party promised to recruit an additional 800 to 1,000 consultants and 4,000 more nurses.

It said a new four-hour target will be applied to emergency department waits, in place of the current six hours, while 10 per cent of health spending will be devoted to primary care. It pledged to also fund an additional five million hours of home care and build four new elective hospitals.

The health service is in the throes of a “full-blown crisis”, health spokesman Stephen Donnelly told the briefing, with more than one million people on a public waiting list. These include more than half a million who are waiting to see a consultant.

He said that over the term of current Minister for Health Simon Harris, an additional 130,000 people are waiting for treatment - “the equivalent of filling Croke Park, Thomond Park and Páirc Uí Chaoimh combined” - while the number of children waiting to see a consultant has increased 20-fold.

“That is an extraordinary failure of those children and their families,” he said.

Asked when private care would be taken out of public hospitals, as proposed in Sláintecare, Mr Donnelly said, ultimately, success would be judged on when no-one needed private healthcare and how quickly consultants could be hire d and waiting lists cut.

It had “yet to be determined” whether the new consultants the party wishes to appoint would work only in public hospitals, as talks would first have to take place with them.

The new appointees will be full-time public sector consultants and whatever limitations would apply on their private practice would be subject to discussions.

He later clarified Fianna Fáil “don’t want to see any private work in public hospitals” but this will take time to do and will be expensive.

Because of pay and emergency tax issues, he said, “there are NCHDs (non-consultant hospital doctors) in this country who are living on their friends’ couches, because they can’t get the money together, just their normal wage, for rent”.

Asked whether he supported the Government’s offer of €250,000 salaries to consultants who agree to public-only contracts, Mr Donnelly said the Taoiseach had announced this “out of the blue” and with no costings or consultation.

Fianna Fail wanted to end the two-tier pay structure affecting newer consultants with “no strings attached” and would “look at everything involved in a new contract”.

Asked where savings could be made in the health service, Mr Donnelly said the “big opportunity” arose from the planned move to new regional structures. He criticised the Government for not collecting adequate data to enable this question to be answered.

Irish citizens with coronavirus ‘not resident’ in State