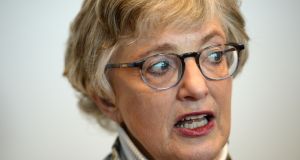 Independent TD and Minister for Children Katherine Zappone will be hoping to hold her seat. File photograph: Dara Mac Dónaill

The final result of the count for Dublin South-West is likely to throw up a diverse list of TDs from the main political parties, and likely a seat for the left too. Fine Gael insiders believe that, although they are running two candidates, for both to succeed is too much of an ask. While Ellen O’Malley Dunlop is a high-profile candidate as the chair of the National Women’s Council of Ireland, Colm Brophy is a sitting TD who is considered to be an able media performer.

And while Fianna Fáil is hoping to take two seats, the decision to run a third candidate could undo this aim. A seat for current TD John Lahart is considered likely. Independent TD and Minister for Children Katherine Zappone will also be hoping to hold her seat. While she stood to benefit from increasing popularity thanks to her sensitive handling of key issues in her department, recent anger from crèches across the constituency around the cost of insurance could dent her ambition.

Elsewhere, there is a sense there could be a seat here for the Green Party’s Francis Noel Duffy, potentially at the expense of Rise TD Paul Murphy, although Murphy took the second seat in 2016. Although Sinn Féin faces an uphill battle in the general election, it is believed Seán Crowe will hold his seat thanks to a strong support base in Tallaght.