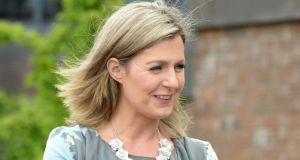 Maria Bailey has been in the spotlight following the negative publicity that surrounded her decision to pursue, but later withdraw, a personal injuries claim. Photograph: Dara MacDonaill/The Irish Times

Fine Gael strategists are considering adding two councillors to the ticket in the Dún Laoghaire constituency where one of the party’s sitting TDs, Maria Bailey, is under pressure not to stand again.

A senior source said that Fine Gael may add Killiney-based councillor Jennifer Carroll MacNeill to the ticket. It is understood that Lorraine Hall, who has worked with the party for 15 years, might also be included.

Ms Bailey has been in the spotlight following the negative publicity that surrounded her decision to pursue, but later withdraw, a personal injuries claim over a fall from a swing in Dublin’s Dean Hotel.

Following an inquiry carried out by a barrister for the party, the findings of which were not published, she was stripped of her position as chairwoman of the Oireachtas housing committee, a post worth €9,500 a year, by Taoiseach Leo Varadkar.

Ms MacNeill, the head of corporate and public affairs at Wilson Hartnell PR, is understood to be planning to leave her job at the end of September in order to focus on serving as a councillor on a full-time basis, a move which has further fuelled speculation about the party’s plans for the constituency.

Fine Gael has held three of the constituency’s four seats since the 2016 election, with Ms Bailey and Minister of State for Higher Education Mary Mitchell O’Connor being elected and Seán Barrett being automatically returned having served as ceann comhairle in the previous Dáil. He is not seeking re-election.

The party has already selected Ms Bailey, Ms Mitchell O’Connor and Cllr Barry Ward to contest the next election in Dún Laoghaire.

A senior source said the issue is a difficult one because Ms Bailey has not yet indicated whether she will stand in the next election. Strategists are fearful that adding a fourth person to the ticket could jeopardise Fine Gael’s chances of holding two seats, which is seen by the party as a “must”.

Her party colleague Fergus O’Dowd said last month that he he would prefer if Ms Bailey did not run again and a number of TDs have privately echoed his stance.

Minister for Finance Paschal Donohoe did not elaborate when asked this week if he supported Ms Bailey contesting the next election.

“Deputy Bailey has been selected to be a candidate for Fine Gael in the general election whenever that is,” he said, adding that he did not wish to make any further comment.”

Mr Donohoe, the party’s director of operations, said that “all constituencies” would be reviewed.

After being stripped of her committee chairwoman post, Ms Bailey said she accepted the Taoiseach’s decision.

“I initiated legal proceedings following an incident in 2015 in which I suffered painful injuries,” she said. “I acted on legal advice throughout the process, but ultimately decided to withdraw the proceedings in an attempt to end the extraordinary media and political pressure that arose from the publication of some details of the case. I began the process leading to the taking of this case before I was a TD, in relation to an incident that took place over four years ago. I regret very much that I took the case.”