Kerry candidate is elected on the first count 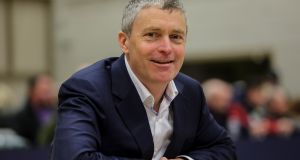 Solicitor Pa Daly is from Tralee and was a Kerry County Council councillor before he was elected on Sunday.

When he qualified as a solicitor in 1996, he worked in the United States before moving to Dublin.

He established his own solicitor’s practice in Rock Street, Tralee, in 2003 where his family previously ran Fitzgerald’s grocery shop for many years.

Married to Mary and the father of four children, he is involved with local soccer and GAA clubs as well as the Tralee Parkrun.

He was elected to Kerry County Council in 2014.

In addition, he is – according to his Sinn Féin profile – also a member of the Education and Training Board, Bord Bainistíochta of Gaelcholáiste Chiarraí.

He is also a founding member of Tralee Right to Water.