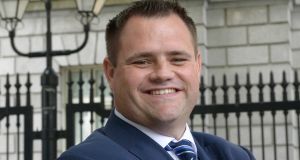 Neale Richmond (36), the Fine Gael Seanad Brexit spokesman, took his seat in Rathdown in the final count along with his senior colleague, outgoing Minister for Culture Josepha Madigan, in what was a remarkable success for the party in this three seater.

First elected to Dún Laoghaire-Rathdown County Council in 2009 to represent the Glencullen-Sandyford electoral area, Richmond was re-elected in 2014 on the first count.

Following his re-election to the Council, he was appointed by the Taoiseach as one of Ireland’s nine delegates to the European Committee of the Regions.

Richmond was elected to Seanad Éireann in 2016. He was appointed Chair of the Seanad Select Committee on the decision of the United Kingdom to leave the European Union in 2017.

A native of Ballinteer, Richmond was educated at Taney Parish Primary School and Wesley College before graduating from University College Dublin with a BA in History and an MA in Political Science.