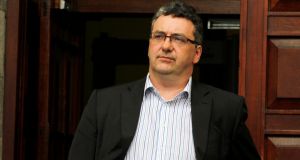 A strongly left-wing politician who was prominent in the Donegal campaign to Repeal the 8th amendment in 2018, Thomas Pringle (53) is a popular Independent who has been a TD for Donegal since 2011.

From Killybegs, he worked in the water services department of Donegal County Council for 17 years, where he ran the town’s water treatment plant and was a shop steward.

He was elected to Donegal County Council as an Independent in 1999 and was briefly a member of Sinn Féin from 2004-07 before returning to his independent stance. He remained as a councillor until 2011, when took the seat of the then-tánaiste, Mary Coughlan, in Donegal South West.

Last year Ireland became the first country in the world to fully divest public money from fossil fuels as a result of a bill proposed by Mr Pringle.

He has three grown-up children.