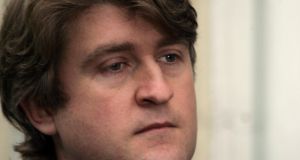 Former Labour TD Michael McNamara recaptured the seat he lost in Clare in 2016 – but this time as an Independent.

In 2011, the Scarriff native became the first Clare Labour TD since the 1992 election of Moosajee Bhamjee.

McNamara works as a barrister and farmer and is married to Sarah Jane Hillery, a grand daughter of former President, Paddy Hillery.

A former St Flannan’s College pupil and UCC graduate, McNamara resigned from the Labour Party last year after blasting the party as “irrelevant”.

The 45-year-old’s victory in this year’s general election as an Independent is McNamara’s greatest political achievements and comes just a few weeks after the death of his elderly aunt, who raised him after Michael’s mother died when he was only two weeks old.