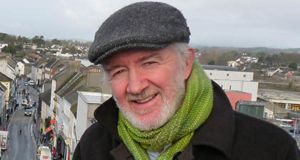 The Green Party claimed their first seat in the Carlow-Kilkenny constituency since 2011 on the final count in the Lyrath Hotel.

The results saw Fine Gael lose one TD with the final seat count being two Fianna Fáil, one Fine Gael, one Sinn Féin and one Green Party.

He fended off sitting TD Bobby Aylward to secure his place on the tenth count.

He spoke of the responsibility the Green Party now had to tackle climate change.

“For the first time, we didn’t have to sell the climate issue this election. Young people were asking us what we were going to do. We have a decade to sort this thing out. It puts a burden of responsibility to act. I will work with anyone to ensure there is strong climate agenda.”

Fianna Fáil’s John McGuinness saw his vote marginally diminish but he took the second seat on the sixth count in the early hours of Monday morning.

It was a dismal election for Fine Gael with their vote down 6 per cent and sitting TD Pat Deering losing his seat.