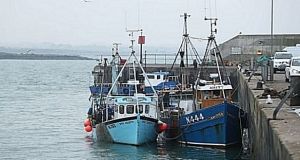 Controversial legislation allowing Northern fishing vessels access to Irish waters is expected to pass in the Seanad this week, but without unanimity sought by the Government.

Fianna Fáil will now back the Sea Fisheries (Amendment) Bill which means Fine Gael will have a majority in the Upper House to pass the legislation on Tuesday and the Dáil will follow suit on Thursday.

The Government had hoped to show a “better signal to the community in Northern Ireland” that there was unanimity on allowing Northern vessels access to the State’s exclusive six-mile inshore fishing zone, from the shore to six miles (9.65km) out to sea.

Fianna Fáil Senator Diarmuid Wilson said his party was “now satisfied” that their concerns had been addressed in “meaningful” talks between Minister for the Marine Michael Creed and fisheries organisations.

All Opposition parties had refused to allow the Bill to be completed until the Minister engaged in “meaningful” talks, which took place in Clonakilty on Thursday.

But Labour Senator Ged Nash said it is ill-advised to pass the Bill without clarity on the post-Brexit picture for the Irish fisheries sector.

Sinn Féin Senator Pádraig Mac Lochlainn said despite the substantive talks, there remained concerns including fears that fishermen on both sides of the Border would be at a disadvantage to foreign-owned vessels using a Northern “flag of convenience”.

Access to the Irish waters by Northern vessels under a decades-old voisinage, or informal, arrangement was deemed void following a Supreme Court judgment in 2016 after a case was taken by four Irish mussel fishermen.

Is there a better way?

Gerard Kelly, one of four who brought the successful case, expressed disappointment the Minister had made no contact with them. He said the legislation would prevent the recovery of his business.

“There is a much better way of dealing with this issue where the fishermen negotiate reciprocity.”

The Government was embarrassed following the recent detention by the Naval Service of two vessels from the North for illegally fishing in Irish waters, a move the Democratic Unionist Party claimed showed the Government wanted to introduce a “sea border” while demanding an open Border on land with Brexit.

Mr Creed moved to implement the legislation, which has languished in the Seanad since 2017, but Sinn Féin and Labour have said it is “bogus” and a “lie” to insist the legislation be passed before a Brexit deadline, when there was no reciprocal British legislation.

The Minister insisted a level playing field for all fishermen will be ensured and has stressed that British assurances on reciprocity were guarantees for Irish fishermen.