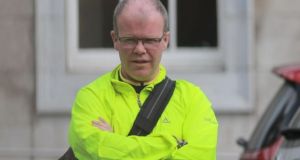 Peader Tóibín was previously suspended when he diverged from party opinion over the Protection of Life During Pregnancy Bill. File photograph: Nick Bradshaw

Sinn Féin TD Peadar Tóibín faces suspension from the parliamentary party for the second time after he voted against abortion legislation currently before the Dáil.

Mr Tóibín was one of 12 TDs who opposed further debate on the Health (Regulation of Termination of Pregnancy) Bill.

But the second stage of the legislation was passed by 102 votes to 12 with seven abstentions and it now goes to committee stage.

Ms Butler became emotional during the Dáil debate least week when she said she retained her anti-abortion views but would not impede passage of the Bill.

Mr Tóibín was previously suspended when he diverged from party opinion over the Protection of Life During Pregnancy Bill.

Party leader Mary Lou McDonald said when the party held a special conference to formalise its view on abortion and the legislation, that Sinn Féin’s position was crystal clear and “there isn’t an a la carte position” on the legislation.

She said there would be consequences if a member breached the party position.

The legislation is likely to be considered during the Hallowe’en break at to keep as close to the timeline for the passage of the Bill by January next year.

The legislation gives effect to the referendum in May which provided for the Constitution to be amended to allow for abortion services in certain conditions.

During Dáil debate on the Bill Mr Tóibín said it was important to remember that 723,632 people voted “No” in the abortion referendum. This is higher than the total vote in the most recent general election for both Fine Gael and Fianna Fáil and higher than the total combined vote for Sinn Féin, the Labour Party, the Anti-Austerity Alliance, People Before Profit, the Social Democrats and the Green Party.

“That is a massive chunk of individuals. Taken on an all-Ireland basis, the right to life vote pushes to around 1.2 million or 1.3 million people. It is a minority, but a significant minority and a minority that has a right to participate respectfully in this debate in the future. It should not be censored or vilified by any individual or politician or the media.”

Mr MacSharry had said after the referendum that he would respect the result and support the legislation. During the debate, however he said that “sadly I have been struggling with my conscience on this issue and I am not sure that I can do so”.

His change of heart came “out of fear, quite frankly”.

The Sligo-Leitrim TD said “I fear that this will become the contraceptive of choice for people down the line; not today, next week or even next year, but in time.

1 Sinn Féin’s stand on Covid is facing increasing questions from political rivals
2 Love in a time of Covid: John and Mary marry over 40 years after first meeting
3 Cab investigates behind the massive gates of Chosen Few Motorcycle Club in Dublin
4 Big Phil is being very big about his former boss’s Covid quarantine trip
5 Coronavirus: Close contact numbers fall in sign restrictions may be working
Real news has value SUBSCRIBE